What’s all this about the unity of the faith? 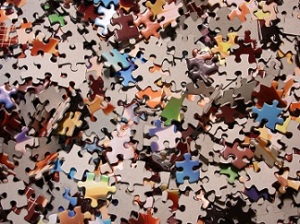 “till we all come to the unity of the faith and of the knowledge of the Son of God, to a perfect man, to the measure of the stature of the fullness of Christ” (Eph.4:13)

Paul seemed to think that one reason for the equipping gifts in the body of Christ is for us to come into the unity of the faith. This begs the question…”have we been about accomplishing this task?” Can we be honest and just say…no. Okay, I see that suspicious look. He’s one of those…Well, if you would be so kind as to hang in there with me for a few more paragraphs I will get to my point. So what do we do with these verses?

From my experience some seem to make it their cause to separate us…some are just preoccupied with more important agendas…and others seem to be looking to the news for prophetic direction while they wait to check out. Whatever…but what about these statements? Ignore? Dismiss? Minimize into meaningless theory…or try to understand and pursue?

Now, I believe that God loves diversity, but not divisiveness. In fact, Paul called being divisive carnal and behaving like mere humans (1 Cor.3:3). Maybe that’s our problem; we don’t know that we’re not just humans anymore. We’re not relating to each other according to the new creation (2 Cor.5:16-17).

But just how does this unity of the faith get accomplished? Do we hold a huge global ecumenical conference, hold hands and sing “Kumbaya?” I don’t think that’s what Paul had in mind. And it certainly doesn’t mean we’re going to eventually agree on everything. Or that we even have to.  Actually, our doctrines are what usually divide us. Doctrine is important only in that it keeps us out of bondage to distortions about God and who we are in Christ, but trying to relate to one another by “being right” is just an ego trip train wreck waiting to happen. Actually, has any healthy love relationship ever been forged by “being right?” (How’d that work out for you?) No, accumulating knowledge tends to shrink our hearts and further divide us; it’s love that edifies and brings together (1 Cor.8:1).

We’re a body connected to the Head, not our by-laws; we’re members in relationship not scholarship. It’s not so much about what you know but Who you know. Love and Truth are found in a Person, not a particular interpretation of the Bible. Didn’t we get the memo Jesus gave the Pharisees about this? (Jn.5:39)

As long as we treat truth as our interpretation of Scripture instead of a Person, we won’t get very far, but herein lies the key. And I believe that key is found in Jesus’ last prayer…

“I do not pray for these alone, but also for those who will believe in Me through their word;  21 that they all may be one, as You, Father, are in Me, and I in You; that they also may be one in Us, that the world may believe that You sent Me.  22 And the glory which You gave Me I have given them, that they may be one just as We are one:  23 I in them, and You in Me; that they may be made perfect in one, and that the world may know that You have sent Me, and have loved them as You have loved Me. (Jn. 17:20-23)

Ah! There it is. Did you catch it? “that they may be one in Us…I in them, and You in Me; that they may be perfect in one…” That’s it! The secret to unity is to live in the reality of our unity with Jesus and the Father. In fact, this was the whole point of Jesus’ last discourse in John’s gospel (Jn.13:31-17:26). That He would send the promise of the Father–the Holy Spirit–so that we would not live like orphans anymore (Jn.14:18). He and the Father, for the first time in history, can make their home in normal human beings like us (Jn.14:23). Jesus was the prototype to bring “many sons” into this glory (Heb.2:10). And when we live in that reality, there is real unity.

You see, a religious spirit attaches itself to an orphan heart. An orphan heart is one separated from an experiential knowledge of the Father’s love, not knowing a life in His embrace. And we were all born with one, and we don’t necessarily lose its effect when we get saved. But a religious spirit will never come into the unity of the faith, neither will an orphan heart. Christian orphans base their relationship with God and others on theories and doctrines, accumulating knowledge, rather than enlarging their heart to greater experiential knowledge of the Father’s love in Christ. It’s based on “who is right.” And if it’s based on who’s right, then someone is wrong, therefore, we cannot be in unity. This means of relating only makes for a dysfunctional marriage in the natural realm, and the same is true in the supernatural one we’ve all been called into.

But when we find each other in the Person of Jesus Christ, fully embraced and affirmed as sons and daughters in the Father’s love, communing in this Love via the Holy Spirit (2 Cor.13:14), the outcome is always unity. Our orphan fear is displaced by the Father’s love (1 Jn.4:18). And to the degree that we live in this reality, we will have the unity of the faith. I think that’s what Paul was getting onto. And then the world around us–the one Jesus paid a horrible price for so that they could also know this Father’s extravagant love–will finally see that we are His followers because we will actually be expressing His love for one another (Jn.13:34).

God's favorite (and so are you), a son and a father, happily married to the same beautiful woman for 41 years. We have three incredible adult children. My passion is pursuing the Father's heart in Christ and giving it away to others. My favorite pastime is being iconoclastic and trailblazing the depths of God's grace. I'm also senior pastor of Cornerstone Church in Wisconsin.
View all posts by Mel Wild →
This entry was posted in Doctrine, Faith, John 14-17, The Shift and tagged Christ, Christianity, Faith, God, HolySpirit, Jesus, unity of the faith. Bookmark the permalink.

7 Responses to What’s all this about the unity of the faith?