Can philosophy help science and theology?

I’ve talked a lot about the perceived conflict between science and theology before. I say perceived because, as David Bentley Hart put it, the conflict is not because of empirical discoveries but because of cultural presuppositions. And it’s philosophy that can help us see if we’re asking the right questions or making valid arguments.

Robert Lawrence Kuhn, host of the PBS program “Closer to Truth,” interviewed several philosophers and asked the question, “Can Philosophy Clarify Science vs. Theology?” The interviews are very good and it’s well worth watching if you’re interested in this subject.

Robert Audi, Professor of Philosophy at Notre Dame, has expertise in philosophy of science, philosophy of mind, and theology. He sees the role of philosophy as a meta-discipline that looks at the nature of other disciplines, the kind of questions they ask, the standards of evidence they use, the hypotheses they plan to test, and the view of the world they offer. Here’s what he says about it:

“The way I see it, science is not at all metaphysical. I don’t believe, for example, that the existence of God is a scientific issue… Theologians may want to make claims about the empirical world…but I don’t see that religion is intrinsically committed to making scientific claims, as opposed to making claims about everyday life, like moral claims about how we are to conduct ourselves. So, as I see it, there is compatibility between the two disciplines…”

“In the case of both religion and science, we see many, many bad arguments that are hindrances to both. In the case of science, we have the science skeptics and the climate deniers, and they are convinced by bad arguments. Now, on the other side, too, the New Atheists, for example, have arguments against the very possibility of a rational person believing [in God]. Again, a philosopher can step in and confront these arguments.” 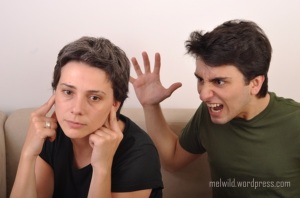 What I’ve seen in this regard is that the most heated conflict usually comes from the extremes of religious fundamentalists on one side who try to turn the Bible into a science book and atheist fundamentalists on the other who embrace scientism.

Stephen Barr, author, and professor in the Department of Physics and Astronomy at the University of Delaware says it’s not science against religion but materialism (the ultimate reality is matter) or physicalism (everything is explained by physics) versus religion. The notion that science is replacing God is only an argument against a “god of the gaps” misconception of theology. It doesn’t address the question of God at all.

“There’s a misconception that’s actually at the root of the science-religion tension. Many people think that nature and God are in competition, that if something has a natural explanation that God had nothing to do with it. And, if God did something, it’s supernatural, so it’s an either-or. And, so the more science can explain naturally the less there is for God to explain. But that’s a complete misconception because God is the author of nature.”

“God is not a cause within nature, He is the cause of nature.”

Atheist, Michael Ruse, Professor, and Director of the History and Philosophy of Science Program at Florida State University, says that there can be common ground when we understand the difference between methodological naturalism that science deals with and ontological naturalism which is a legitimate realm for religion and theology.

Francisco Alaya is an evolutionary biologist and philosopher at the University of California, Irvine. He says when doing science he does not need religion….but at a personal level, the issue is completely different because being a human being raises questions like what’s the meaning of the world, what’s after death, all of which go beyond scientific methodology.

David Bentley Hart says that science and theology tend to run afoul of one another, not where the research does, but because of cultural assumptions.

In the video interview below, Hart says we need to understand that the conflict between science and matters of theology really started in the 17th century when they were separated for methodological reasons.

“From the beginning of this shift the mental and the spiritual was placed in a separate category creating this ungainly dualism that for short form we call Cartesianism now, whereas nature is a real mechanism and then mind inhabits it like a “ghost in the machine” [Gilbert Ryle]. But reason abhors a dualism and it’s inevitable that what started as a method would become a metaphysics; that is, the mechanical picture of nature ceased to be just a way of approaching nature for limited local finite investigations and supposedly became a picture of reality as a whole.

Nevertheless, when it becomes the metaphysical picture of reality, mechanism then has to account for the things that originally it was content just to put in a different sphere, like mind. That means that a model of reality that was devised specifically by banishing from it everything reminiscent of mind now has to be used to explain a mind. Mind must be seen as an emergent phenomenon from physical nature.”

Hart summarizes what he sees is needed for helpful dialogue between science and theology.

“The implications of that for the science and theology…is to free the dialogue from the cultural assumptions; that is, the culture the sciences have taken. Let’s be honest, the mechanical picture of nature doesn’t hold anymore for many. I mean, it certainly doesn’t help us in the realm of quantum mechanics and, more and more, there are people in molecular biology who question it as a proper way of understanding organic systems. Nonetheless, that’s the prejudice, the sort of underlying premise that holds in the culture of the sciences in the modern world, that the mechanistic picture is true, and there you really do have an inevitable conflict between the cultures of science and theology. At the level of what’s actually discovered on the ground—real empirical discoveries—there’s no conflict, just different sorts of questions being asked. But, culturally, the mechanical model is a profound presupposition.”

Here’s the whole interview with Hart.

God's favorite (and so are you), a son and a father, happily married to the same beautiful woman for 39 years. We have three incredible adult children. My passion is pursuing the Father's heart in Christ and giving it away to others. My favorite pastime is being iconoclastic and trailblazing the depths of God's grace. I'm also senior pastor of Cornerstone Church in Wisconsin.
View all posts by Mel Wild →
This entry was posted in Uncategorized and tagged Christianity, Consciousness, metaphysics, Philosophy, Religion and Spirituality, Scientism. Bookmark the permalink.

230 Responses to Can philosophy help science and theology?