Does evil come from God? 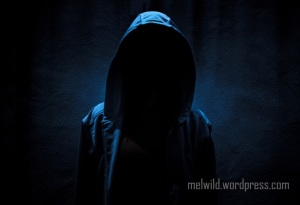 In a word, no. If you need an explanation, read on.

This subject came up in a discussion at Insanitybyte’s blog with her post, “Mirrors and Conundrums,” which included fellow believers and an atheist.  This is a vast subject which I will only be able to briefly touch here with summary statements.

I hope to show you that this conclusion is fallacious, based on misplaced literalism, proof-texting, and hypostatizing a behavior. I will explain what I mean as I go.

Evil is the consequence of the failure to love

First, God is love (1 John 4:7-21). To know God is to know love. This love is not sentimental, but other-centered and self-giving. The Greek word is agape, which means benevolence (from the Latin bene volentem: to use our volition, or will, for the benefit of another).

God’s love always wills good for the object of His affections. Of course, we don’t always know what’s good for us.

Other-centered, self-giving love is the reason and motivation behind everything God does and the ultimate goal of Scriptural admonition (Matt.22:37-40). If we don’t understand this we won’t understand anything about the nature of God.

Second, love requires freedom of choice. But by giving this freedom comes the risk that love will go unrequited, and we may act contrary to love, even act maliciously toward one another.

So my simple definition: evil is the failure to act according to benevolent love.

Evil is not God’s will but a possible consequence of giving this freedom, for every evil act is a violation of other-centered, self-giving love.  Everything good comes from God; there’s “no variation or shadow of turning” (James 1:17). This means if it’s not good, it’s not God. It’s the consequence of a failure to love.

To hypostatize evil is to make it an actual entity or being. This was the dualistic notion of the Epicurean Greek philosophers. But evil is not an entity, nor is it self-existent. Early church father, Athanasius (298 -373 AD) condemned this pagan philosophy:

“So some Greeks, straying from the path and unaware of Christ, declared that evil existed as a self-subsistent entity [en hypostasei] and by itself….In contrast, we must present clearly the truth of the church’s teaching, that evil neither came from God nor was in God, nor did it exist in the beginning, nor has it any independent reality.” (Against The Pagans)

“Evil is non-being, the negation and antithesis of good.” (On The Incarnation) 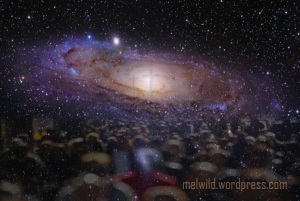 One of the arguments made during our discussion was that, because God is aseitic (self-existent, uncaused), then evil must come from God because nothing that was made can exist without Him.  Skeptics will point to John 1:3 as their proof-text.

But this line of reasoning is faulty at its premise. Evil is not a “thing that was made” so this verse doesn’t apply. God did not create shadows, they are the absence of light. Evil is the absence of good. Ironically, we can only know what evil is in contrast to the goodness of God.

Isaiah 45:7 is a Bible verse atheists and skeptics love to point to in order to prove that evil is part of God’s creation, even part of God Himself.

But this proof-text is a case of misplaced literalism. Prophetic genre is poetic in nature, and contrasts are often used for literary effect. Note the contrast here: “form the light and create darkness…make peace and create evil.” These are together for a reason. We know that darkness is the absence of light, just as evil (or “calamity,” which is a better translation) is the inevitable product of the absence of goodness.

Evil is therefore not literally created, but manifests in the absence of goodness, just as darkness forms where there is no light.

Finally, to point to Isaiah 45:7 as proof that God literally creates evil may save the appearance but it fails explanatory scope. It is therefore a fallacious conclusion. This is why you don’t make doctrines by taking one verse in isolation, but by finding out the best explanation after taking all of Scripture on the subject into account.

God does not suffer from multiple personality disorder. If our interpretation creates a contradiction in His nature, we are the ones with the problem, not God. For instance, the New Testament revelation of God reveals His goodness in spite of our evil behavior:

44 But I say to you, love your enemies, bless those who curse you, do good to those who hate you, and pray for those who spitefully use you and persecute you, 45 that you may be sons of your Father in heaven; for He makes His sun rise on the evil and on the good, and sends rain on the just and on the unjust. (Matt.5:44-45 *)

Since God is light, darkness cannot exist in God:

5 This then is the message which we have heard of him, and declare unto you, that God is light, and in him is no darkness at all. (1 John 1:5 *)

The problem of evil is not with God but with us…

19 And this is the condemnation, that the light has come into the world, and men loved darkness rather than light, because their deeds were evil. 20 For everyone practicing evil hates the light and does not come to the light, lest his deeds should be exposed.  (John 3:19-20 *)

20 For since the creation of the world His invisible attributes are clearly seen, being understood by the things that are made, even His eternal power and Godhead, so that they are without excuse, 21 because, although they knew God, they did not glorify Him as God, nor were thankful, but became futile in their thoughts, and their foolish hearts were darkened.  22 Professing to be wise, they became fools, 23 and changed the glory of the incorruptible God into an image made like corruptible man—and birds and four-footed animals and creeping things.(Rom.1:20-22 *)

God is love, which means everything He does is benevolent, which requires allowing His created beings (angelic or human) the freedom to accept or reject His good will and, thus, allow the possibility of evil and suffering in the world. Evil on the earth is the tragic consequence of God’s crown of creation failing to walk in benevolent love, which put creation itself in bondage, yet with expectant hope (Rom.8:19-25). God does not cause evil, and “in Him is no darkness at all,” therefore evil cannot come from God.

God's favorite (and so are you), a son and a father, happily married to the same beautiful woman for 41 years. We have three incredible adult children. My passion is pursuing the Father's heart in Christ and giving it away to others. My favorite pastime is being iconoclastic and trailblazing the depths of God's grace. I'm also senior pastor of Cornerstone Church in Wisconsin.
View all posts by Mel Wild →
This entry was posted in Doctrine, Freedom, Love, Theology and tagged Christian apologetics, Christianity, Religion and Spirituality, Subversive Kingdom, the problem with evil, Theodicy. Bookmark the permalink.

21 Responses to Does evil come from God?