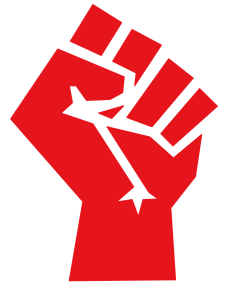 First, let me say that Socialism’s strength is that it easily plays on people’s emotional heart strings, manipulating their sense of fairness and compassion. It’s also easy to entice the uninformed with the promise of free healthcare and free college tuition. As I’ve pointed out before, today’s “woke” left are also masters at twisting words like “progressive,” “equity,” “democracy,” and “anti-racist.” These are euphemisms to disguise their neo-Marxist agenda under the veil of race. But my question is, why do Socialist/Communist systems ultimately fail wherever they’re tried?

Since Communism is the ultimate end goal of the overarching ideology of Socialism, I’ll use both terms interchangeably here.

In its 100-plus year history, Socialism, and all its variations, has never produced what it promises. In fact, the hardcore versions are responsible for the murder of over 100 million of their own citizens just in the 20th century (non-war related).

Even when you look at the five Communist countries in the world today (Cuba, North Korea, China, Vietnam, and Laos) you find the most repressive regimes, who routinely violate human rights in order to keep their power. This is why no one is trying to escape free countries in order to flee to these totalitarian dictatorships.

As you can see from the freedom map below, the Communist and Socialist countries, and so-called “democracies” with totalitarian dictators (like Venezuela), score the lowest in terms of human freedoms (click on map to go to article): 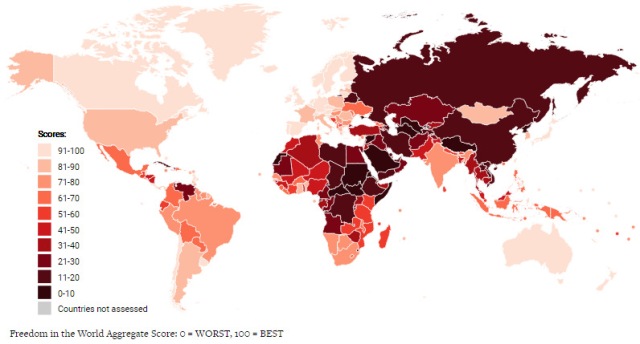 It’s interesting (in an alarming way) that the United State’s freedom score continually declines as we adopt more Orwellian policies.

What I see is that Socialism is built on two faulty assumptions: the first, an almost naive view of human nature; the second, a crazy view of how history unfolds called historicism. And when the foundation you build on is faulty, the structure will always fail. We will look at these briefly.

The failure to understand human nature

The first area where Socialism utterly fails is that it has a dangerously naive view of human nature. James Lindsay had a great podcast on this subject called, “Communism Doesn’t Know How.” I highly recommend you take the time to listen to it. Here’s what Lindsay says about Communist’s view of human nature and society in general:

“It doesn’t know how humans work. It has one of the worst theories of humans that I’ve ever seen in my life…it’s really baked up by people who don’t understand how human beings work, whether they’re psychopathic, whether they’re personality disordered….”

This is where our founding forefather’s were brilliant in creating our form of government. They understood these things about human nature; and, more importantly, they understood that absolute power corrupts absolutely.

The true genius of the the U.S. Constitution lies in separating the soverienty from the power, so they can check one another and keep an eye on one another. Whenever you move away from these checks and balances, you create tyrants.

But Lindsay goes on to say that, even if we grant that these Socialists have a perfect view of human nature and society, it still wouldn’t be able to do what it wants to do because it doesn’t know how to get there.

“The reason for this inepitude is because communism has an origin. They have this bogus concept called historicism, which basically believes that History (capital H, as if it were a singualar entity) unfolds according to fixed laws, and with a particular trajectory. That, in fact, that there’s a purpose to history, to get from some very rudimentary or regressed state, to some very progressed state, that it’s going to utopia at the end of the Communist rainbow…and it’s going to go through a process that’s going to unfold which is a dialectical process, which is the exposure of the contradictions that prevent it from already being perfect.”

This particular view of Historicism comes from the early 19th century German philosopher, Georg Wilhelm Friedrich Hegel (1770-1831). It’s Hegel’s utopian idealism that influenced Karl Marx and all of the leftist ideological offshoots since.

We already looked at historicism in “Uncovering the Wokish Beast.” What we get from Hegel is called the dialectic method, where you imagine an ideal world, focus on getting rid the contradictions, and then the result will be a better world. This is foundational to all progressive Socialist ideologies, whether cultural or economic.

Hegel, Marx, and everyone else along this line of Socialist ideologues have this almost fanatically religious view of history, that it’s on some inevitable trajectory toward a perfect utopian state. They view conservatives and Capitalism and Christianity, or anyone who disagrees with their ideology, as hinderances to its ultimate completion. These contrary views must be eliminated in order to usher in their utopian pipedream. 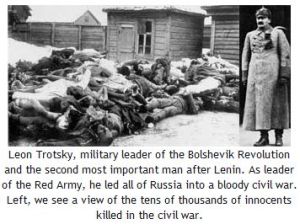 It’s these two core premises that ultimately set Socialism up for disaster. When you have a fatalistic view of history, and a dangerously ignorant view of human nature, you end up with a very repressive totalitarian nightmare. Those who are the most ruthless and powerful end up controlling everyone else (as we have witnessed, over and over again, in history).

This is why Socialism will always fail in spite of all of its lofty promises.

God's favorite (and so are you), a son and a father, happily married to the same beautiful woman for 40 years. We have three incredible adult children. My passion is pursuing the Father's heart in Christ and giving it away to others. My favorite pastime is being iconoclastic and trailblazing the depths of God's grace. I'm also senior pastor of Cornerstone Church in Wisconsin.
View all posts by Mel Wild →
This entry was posted in Freedom and tagged Christianity, Historicism, Human nature, Socialism is Evil. Bookmark the permalink.

14 Responses to Why Socialism always fails