Repressive Tolerance: decoding the hypocrisy of the radical left 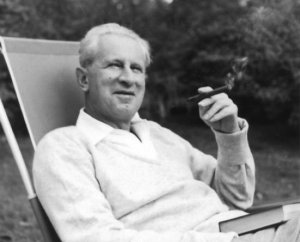 If you’re like me, you’ve probably been shocked by the brazen hypocrisy of the radical left and their anti-free-speech policies. MSM and Big Tech ignore the endless violence by Antifa and BLM while demonizing or canceling anything done by the right and even unw0ke liberals, labeling them an existential threat to democracy. As it turns out, those who control this narrative are following the playbook of one man—Herbert Marcuse.

We’ve witnessed an almost pathological hatred and fixation on former President Trump, the framing of what happened at the Capitol Building on January 6th as the “greatest insurrection since the Civil War” while actual incendiary comments by Maxine Waters, the endless violent riots in Portland and other cities, citizens being relently bullied and attacked by Antifa and BLM, are totally suppressed and ignored.

According to James Lindsey, there’s a very good reason for this insane double-standard:

“The logic of the left today is overwhelmingly rooted in a single essay published in 1965 by the neo-Marxist philosopher Herbert Marcuse. That essay is “Repressive Tolerance.” The thesis statement of this essay can be boiled down to “movements from the left must be extended tolerance, even when they are violent, while movements from the right must not be tolerated, including suppressing them by violence.” This asymmetric ethic has been the heart and soul of left politics in the West since the 1960s, and we’re living in the fruit of that catastrophe now.” (from a four-part podcast here*)

Here’s Marcuse’s own words from this essay: 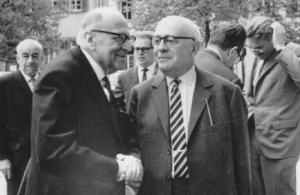 “Herbert Marcuse (1898 –1979) was a German-American philosopher, sociologist, and political theorist, associated with the Frankfurt School of critical theory.”

“In the 1960s and the 1970s he became known as the preeminent theorist of the New Left and the student movements of West Germany, France, and the United States; some consider him “the Father of the New Left”.” (Wikipedia)

I mentioned Marcuse as one of the forefathers of today’s radical leftist movement—identity politics, CRT, cancel culture, along with Antifa and BLM—in my post, “The Cynical Theories of the Left.”

What we must also understand about Marcuse is that he advocated the overthrow of Western culture, with violence, if necessary. It was Marcuse who inspired violent riots in the 1960s around the world. This is from American Patriot Newsletter:

“Marcuse influenced a whole generation of young radicals, from Weather Underground co-founder Bill Ayers to Yippie activist Abbie Hoffman to Tom Hayden, president of the activist group Students for a Democratic Society (SDS). Angela Davis, who later joined the Black Panthers and also ran for vice president on the Communist Party ticket, was a student of Marcuse and also one of his proteges. It was Marcuse, Davis said, who “taught me that it was possible to be an academic, an activist, a scholar, and a revolutionary.”

“Marcuse egged on the activists of the 1960s to seize buildings and overthrow the hierarchy of the university, as a kind of first step to fomenting socialist revolution in America. “*

The more I learn about Marcuse, the more I see his evil idealogy as the actual existential threat to democracy. Especially, considering the significant influence he’s had on American Universities over the last 6o years, and now in the mainstream.

These are the new thought police who will only allow you to think a certain way. This denial of freedom is at the heart of repressive tolerance. As Peter Boghossian said, the battlelines are now drawn between those who believe in liberty versus those who don’t.

What we’re witnessing with today’s cancel culture from the Mainstream Media, Big Tech, and the political left is simply the execution of Marcuse’s Repressive Tolerance which, again, is the total suppression of anything from the right or center (including traditional liberalism) while pushing the leftist woke narrative.

This is what makes this movement exceedingly intolerant and repressive. It’s also why this ideological cancer must be exposed and brought into the light of truth so that people can see it for what it is and not be duped by its Orwellian doublespeak.

God's favorite (and so are you), a son and a father, happily married to the same beautiful woman for 41 years. We have three incredible adult children. My passion is pursuing the Father's heart in Christ and giving it away to others. My favorite pastime is being iconoclastic and trailblazing the depths of God's grace. I'm also senior pastor of Cornerstone Church in Wisconsin.
View all posts by Mel Wild →
This entry was posted in Freedom and tagged Cancel culture, Critical Theories, Herbert Marcuse, Intolerance, Neo-Marxism, Repressive Tolerance, Socialism is Evil. Bookmark the permalink.

42 Responses to Repressive Tolerance: decoding the hypocrisy of the radical left