It’s time to rescue our children

We were having a conversation over at Citizen Tom’s blog about how School Choice is the Civil Rights Movement of our Time. At least it should be if we want to save our children from the very dangerous ideological brainwashing of the radical left that’s going on right now. This is not conspiracy theory, it’s reality. What started in our universities has now matasticized to your children’s school.

This post is a continuation of my deep dive into the evils of socialism, including all of its Marxist offshoots, and how this ideology is destroying our culture and nation. For some historical background to this post, I suggest also reading, “How Public Schools Dumb Down Our Children…and Worse.” In that offering, I gave a brief history of the founders of our public education system and how their goal was to indoctrinate our children in socialism from the beginning.

Indoctrination of children has always been the primary goal of ideologues and tryants. For instance, the Nazi party took total control of the education of Germany’s children in the 1930’s because Hitler believed it to be a key component in creating a submissive society to their suppressive National Socialist agenda. He was right, unfortunately.

“The state must declare the child to be the most precious treasure of the people. As long as the government is perceived as working for the benefit of the children, the people will happily endure almost any curtailment of liberty and almost any deprivation.” – Adolf Hitler

What we’re seeing today in many American public schools is chilling, to say the least.  The particular Marxist ideology our children are being brainwashed with is Critical Race Theory (CRT). Here’s a short video from Candace Owens and a panel from the Daily Wire talking about how many public schools are teaching children with this insane “woke” theory.

I agree with Candace. I would immediately pull my kids out of any school that teaches this toxic dogma that says our nation was not founded on freedom and individual rights, but on racism. Truly, CRT is the cancer of education. It’s already in many of our city’s public schools. It won’t be long before it spreads to all public schools if nothing is done about it.

Then there’s The 1619 Project, which is also being taught in many of our schools. Here’s a short clip from PragerU explaining why it should be removed from our schools immediately.

As stated in the video, a group of distinguished historians—almost all on the left—called The 1619 Project a “Displacement of historical understanding by ideology.”

Christopher Rufo reported recently: “An elementary school in Cupertino, California—a Silicon Valley community with a median home price of $2.3 million—recently forced a class of third-graders to deconstruct their racial identities, then rank themselves according to their “power and privilege.” (See article here.)

The Epoch Times also wrote a piece on these nefarious activities of the radical left: “California County Instructed Teachers to Hide Marxist Teaching Materials From Parents.”

It’s Time to Fight Back

If you’ve had enough of this insanity, then I suggest you do something about it. The first step is to find out exactly what your children are being taught. Stay informed on what happening on a national level, even if these things are not taught in your school…yet.

Ironically, the silver lining of this political power-grab lockdown, with public schools being closed, is that it exposed what our children were being taught. Parents, horrified by what they’ve seen via online classrooms, have started to wake up to ‘wokeness’ and are seeking alternative forms of education.

There’s parents fighting back like this NYC father who pulled his daughter out of a prestigious all-girls school in Manhattan and wrote an open letter to the whole school.

Notably, one teacher there is fighting back, too. Paul Rossi wrote an article on Bari Weiss’s Substack about how CRT-influenced antiracism curriculum led him to publish “I Refuse to Stand By While My Students Are Indoctrinated.” You can watch a video interview with him on The Rubin Report here.

In California, a group called “Educators for Excellence in Ethnic Studies” has banded together to lobby for the removal of CRT from the state’s ethnic studies model curriculum. (See article here.) See also “CRT: In Their Own Words“.

The Post Millennial has an encouraging article titled, “Four ways parents can fight back against woke indoctrination in schools.”

And this article from Fox News: “Grassroots organization launches to help parents fight ‘woke indoctrination’ in schools,” In the article it mentions Parents Defending Education (PDE). This organization helps arm parents against this cultural cancer. Here’s how PDE describe themselves:

“Parents Defending Education is a national grassroots organization working to reclaim our schools from activists promoting harmful agendas. Through network and coalition building, investigative reporting, litigation, and engagement on local, state, and national policies, we are fighting indoctrination in the classroom — and for the restoration of a healthy, non-political education for our kids.”

I like PDE’s “IndoctriNation Map” where you can click on school districts and find out what’s being taught and find parent organizations that are fighting back. I would definitely check out their website. 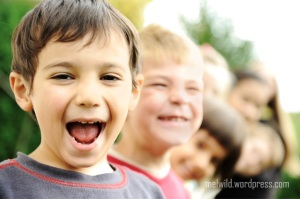 If you can do it, homeschooling is a great option. If not, get involved in your local school board and parent organizations. At the very least, support any state or federal legislation promoting school choice. Don’t let your tax dollars be spend on teaching your children to hate America and buy into to the divisive and bigoted ideology of CRT.

Beloved, this fight for our future begins with our children. We cannot afford to sit by and just let these radical activists brainwash them with this toxic cultural poison and destroy our families and our nation. This is why I agree that school choice is the civil rights movement of our time.

God's favorite (and so are you), a son and a father, happily married to the same beautiful woman for 41 years. We have three incredible adult children. My passion is pursuing the Father's heart in Christ and giving it away to others. My favorite pastime is being iconoclastic and trailblazing the depths of God's grace. I'm also senior pastor of Cornerstone Church in Wisconsin.
View all posts by Mel Wild →
This entry was posted in Freedom and tagged Candace Owens, Critical Race Theory, public education, School choice, Socialism is Evil, The 1619 Project, Woke education. Bookmark the permalink.

14 Responses to It’s time to rescue our children