How Identity Politics came to America 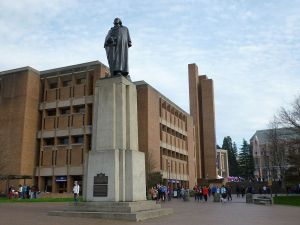 Why do so many of our young people embrace Marxist Socialism? Of course, we older folks know it wasn’t always this way; quite the opposite. So, what changed, considering that everything about this ideology is not only diametrically opposed to Christian values, but against the values that made America a wonderful place to live, in spite of our flaws? To answer this, we need look no further than our universities.

This post is a continuation of my series on exposing Socialism for the cultural cancer that it is. You can read the other posts here.

The type of Marxism embraced today is usually referred to as “Identity Socialism” or “Cultural Marxism,” which is not your grandmother’s Socialism.

Here’s a short video clip to give a little historical background on how this evil ideology metasticized itself into our culture through our universities. I’ll start with a quote from the video:

“The old socialism, the kind Karl Marx dreamed up, was all about the working class, the sort of blue-collar worker who, ironically, voted for President Trump. But today’s socialist couldn’t care less about the guy in the hardhat. He had his chance at revolution and blew it. Today’s socialist is all about race, gender, and transgender rights.  Class is an afterthought.

To understand this is to understand the Left’s takeover of the college campus and all the ills that takeover has spawned: from MeToo, to Black Lives Matter, to girls competing against biological boys. But campus culture has now metastasized into the culture of the whole society. As liberal writer Andrew Sullivan has put it: “We all live on campus now.”

This video is short and very informative. Well w0rth watching.

I wrote about Herbert Marcuse (mentioned in video) in my post, “The Cynical Theories of the Left.” Marcuse was one of the fundamental influencers of the Critical theories embraced by the “woke” movement today.

Another player, Antonio Gramsci, is considered by many to be the Godfather of Cultural Marxism. Gramsci believed that culture rather than class was the primary location for oppression and social justice. He developed the notion of Cultural Hegemony, where the ruling class oppresses by wielding the power in all the cultural areas (seven mountains). By replacing and occupying all these areas of social influence with Marxist ideology, then a utopian world can be finally ushered in (see my post, “Understanding ‘Woke’ Corporate America.” 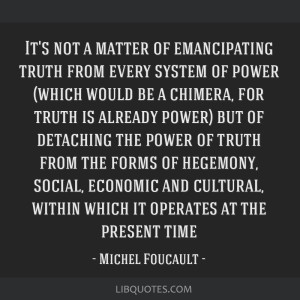 I should also add French philosophers Jacques Derrida and Michel Foucault, who gave us postmodernism and influenced our universities with their ideology (see my post, “Marxism, Artificial Intelligence, and Postmodernism.”) It was Foucault who gave us the notion that there is no truth, just power, which explains a lot about the incoherence of the radical left’s arguments and their apparent war against reality. This is also why postmodern philosophy teaches that one cannot know the truth.

But if there is no such thing as truth but only power, then, ultimately, what you have left is the oligarchal tyranny of the powerful and enslavement of the bullied and blind masses. At the very opposite end of this cynical and nihilistic philosophy stands Jesus, extending the following invitation to every one will listen:

31 Then Jesus said to those Jews who believed Him, “If you abide in My word, you are My disciples indeed.32 And you shall know the truth, and the truth shall make you free.”

As the video points out, the Cultural Marxists no longer represent the working class. They’re Gramsci’s new ruling class—the intellectual academia and ‘woke’ billionaires. And they love making money…off of you! Ask Jack Dorsey and Mark Zuckerberg, who made billions selling you (your data) to the highest bidder. They’re now the arbitors of allowable speech in this new hegemony. These ne0-Marxists are not against owning property either. As the NY Post recently reported, BLM organization co-founder, Patrisse Cullors, purchased property for $1.4 million in an exclusive Los Angeles neighborhood made up of mostly white people. One might wonder how Cullors got so much “privilege.”

ADDENDUM: The Big Tech Thought Police have now blocked any mention of Cullors’ multiple property purchases since 2016 worth $3.2 million on their platforms. See article here and Cullors’ response here. You can also read here where Breonna Taylor’s mother thinks this BLM organization is a fraud, exploiting her daughter’s name for political reasons and money.) 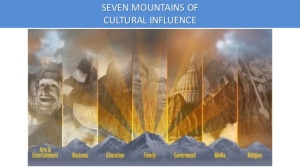 Today, many, if not most, billionaires in the world embrace some form of cultural Marxism. They sit atop the cultural “mountains” and control how you and I should think and live. They’re the woketopian oligarchs of Big Tech and the CEO’s of major corporations. You need to understand that this is a complete reversal of the working-class Marxist activists of old who were trying to topple the wealthy elites and globalist corporations. These new socialists are the globalist elites! As the video pointed out, the working class voted for Trump in 2020.

I hope this brief historical overview of the bigoted and intolerant ‘woke’ religion of Identity Politics will help you understand all the crazy that’s going on. Again, as liberal writer Andrew Sullivan has put it: “We all live on campus now.”

But, as I’ve said before, while I hate the ideology, I don’t hate the people who embrace it. I truly want to see them free and full of joy. Like Martin Luther King said, that they may learn to love all people, regardless of skin color, gender, or political positions. Because one thing this divisive and destructive ideology can never do is give people freedom, nor will it ever bring us together. It certainly won’t heal our nation. My prayer is that our young people will question their indoctrination and search for the truth, because it’s the truth that makes us free, not power.

God's favorite (and so are you), a son and a father, happily married to the same beautiful woman for 41 years. We have three incredible adult children. My passion is pursuing the Father's heart in Christ and giving it away to others. My favorite pastime is being iconoclastic and trailblazing the depths of God's grace. I'm also senior pastor of Cornerstone Church in Wisconsin.
View all posts by Mel Wild →
This entry was posted in Freedom and tagged Christianity, Identity Politics, Postmodernism, Socialism is Evil, Truth, Woke politics. Bookmark the permalink.

19 Responses to How Identity Politics came to America