Waking up from ‘Wokeness’ 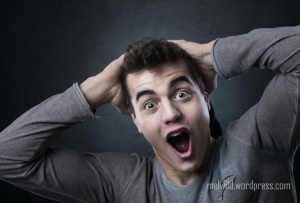 The greatest enemy of the radical neo-Marxist left is reality, which is why it’s so enjoyable to hear people’s stories of how they’ve escaped its insidious brainwashing. I love hearing them almost as much as I love conversion to Christ testimonies. (Actually, it’s a distant second!) To quote Mary Magdalene from “The Chosen,” “I was one way and now I am completely different and the thing that happened in between was Him.”

And God just may be behind this one, too. Finding freedom from any form of tyranny is good news indeed!

It is for freedom that Christ has set us free. Stand firm, then, and do not let yourselves be burdened again by a yoke of slavery. (Gal.5:1 NIV)

Again, to be clear, my ongoing look at the evils of Socialism is not about Democrat or Republican, or even politics. It’s really not about conservative or liberal (see my post, “Conservativs and Liberals Unite!“). I’m not into the “us vs. them” tribalism of politics. It’s not even against the people who may embrace these ideologies. It’s about the ideologies themselves, exposing them for what they are because, left unchecked, they will destroy our nation like a terminal cancer. Everything about Marxist ideology is anti-Christ and deceptively evil.

When you watch the news (which I suggest you avoid), it would seem like we’ve lost our cultural minds lately; but, thankfully, it’s not all bad news. People from all walks of life are starting to wake up to the divisive and, ironically, racist bigotry of identity politics and CRT, along with all of the other Marxist ideological offshoots that have crept into our social framework. There is a glimmer of hope! 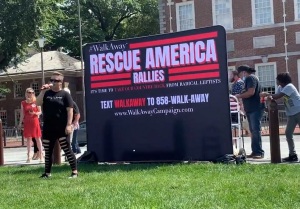 I first became aware of this counter-revolution last year with Brandon Straka’s “#Walkaway” movement, where liberals are walking away in droves from the divisive hatred of the radical left. I’ve already shared Karlyn Borysenko’s story here. Here’s what the #Walkaway website says about this movement:

Of course, the #Walkaway movement is itself political, talking about walking away from the Democratic party, but this is only because that party has been taken over by the radical “Woke” left. Again, my argument is against the ideology itself, not with a particular political party.

The following “Stories of Us” are no different. PragerU had already published several stories of young people waking up and leaving the hypocritical virtue-signaling religion of “wokeness.” So, if you’ve been disheartened by its toxic influence, and how most of the institutions of our culture have been radicalized by the global elitists and Marxist left, may these three testimonies be an encouragement to you. I’ve included the video descriptions in quotes.

“Higher education kind of destroyed me.” Gina Florio graduated Harvard University as an angry atheist taught to hate America. So much so that she abandoned her birth country for Australia. When a freak accident sent her back to the U.S., a video by Candace Owens, then others by Dave Rubin and PragerU, opened her eyes to the lies she had been believing all of those terrible years. This is Gina’s story of discovering truth and reclaiming her freedom.”

By the way, you can watch the YouTube video interview with Candace Owens that Gina Florio mentioned in her testimony here.

“Actor Siaka Massaquoi entered Hollywood with big dreams. However, after witnessing racism firsthand and seeing colleagues lose roles because of their skin color, he began to ask questions. This is his story of breaking free.”

“Amala Ekpunobi grew up in a leftist home and worked as an organizer for the political left. She never questioned the narrative — until she discovered the racism she thought she was fighting against was being perpetuated by her side. “We are bringing back segregation in this country, and people will sell it to you that we are doing it in a positive manner…it perpetuates the same racist narrative that they are trying to run away from.” Amala shares her story of questioning leftist ideology, which ultimately led to changing her mind.”

It can certainly feel like we’re Alice tumbling down the rabbit hole lately, and it’s easy to get angry and disheartened when we see the radical left forcing their insane policies on us with impunity in government, along with corporate wokeness, and worse,  indoctrinating of our children in our universities and public schools. But there is hope!

There are a growing number of stories like this where people are starting to question “wokeness,” and when they do they eventually leave the hateful and powerless victimhood of the left. In the process, they’re rediscovering a genuine love for America—a nation admittedly flawed, yet truly a remarkable place to live.

As Gina Floria found out, divisiveness and vitriolic hatred are no match for love, because “love never fails!” So, take heart. As Gandalf reassured Frodo in the Mines of Moriah when all hope seemed lost: “There are other forces at work in this world, Frodo, besides the will of evil.”

God's favorite (and so are you), a son and a father, happily married to the same beautiful woman for 41 years. We have three incredible adult children. My passion is pursuing the Father's heart in Christ and giving it away to others. My favorite pastime is being iconoclastic and trailblazing the depths of God's grace. I'm also senior pastor of Cornerstone Church in Wisconsin.
View all posts by Mel Wild →
This entry was posted in Freedom and tagged Christianity, Conversion, Neo-Marxism, Socialism is Evil, testimonies, transformation, Wokeness. Bookmark the permalink.

17 Responses to Waking up from ‘Wokeness’