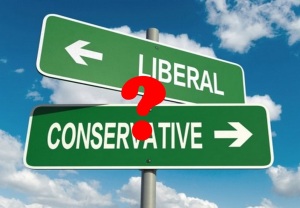 In my continuing effort to find commonality with differing points of view in our polarized society, I want to bring to your attention Dennis Prager’s argument that conservatives and liberals can actually be allies in many ways. In my last post, “Having difficult conversations with the ‘other side,” I offered an example of this alliance with an interview with longtime liberal,  Karlyn Borysenko.

It was the infiltration of radical leftist ideology in the corporate world that motivated Borysenko to join with conservatives to fight this onslaught against Western values. She is just one example why many liberals voted for Trump, and why a growing number are leaving the left.

It’s Prager’s contention that conflating liberalism with leftism has brought confusion and unnecessary adversity between a majority of people in our country. But seeing liberalism and leftism as separate provides an opportunity for conservatives and liberals to have meaningful and productive conversations and even find unity. Here’s what Prager said about this on the video:

“Most people think liberal and left are essentially the same, but they are not. In fact, liberalism and leftism have almost nothing in common. But the leftists have appropriated the name “liberal” so effectively almost everyone—liberals, leftists, and conservatives—think they are synonymous.”

The confusion over this is that cultural values have drastically changed in the last couple of decades. It used to be that liberals and conservatives could co-exist together to maintain a healthy balance in American society, which made sure we didn’t go too far to one extreme or the other. 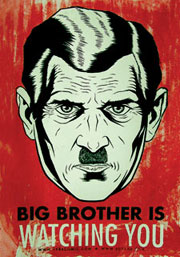 However, almost like the playing out of Orwell’s dystopian book and movie, “1984,” this natural balance in culture has dramatically shifted with the rise of radical leftist ideology taking over our campuses, government, and media. We’re currently witnessing how fundamentally dangerous this is to our societal health with cancel culture, identity politics, and critical race theory.

Fortunately, what has not changed is the common bond between liberals and conservatives.  While liberals may try to solve societal problems differently than conservatives, their core values are essentially the same. But when we look at the values and ideals of liberalism, we find that they are very much the opposite of leftist ideals and values in many cases.

Prager offers six examples where liberals and left are actually very different. I will give a summary here. You can hear the explanation of why this is so in the video.

Prager asks the obvious question in light of these differences, “If this is true, why then don’t the liberals oppose the left? In a nutshell, because they’ve been taught all their lives to fear the right.”

I agree with Prager that this fear is misguided. As he points out in the video, one the best-known liberals in America, Harvard Law Professor Alan Dershowitz said, “As a liberal, as an American, and as a Jew, I far more fear the left than the right.” 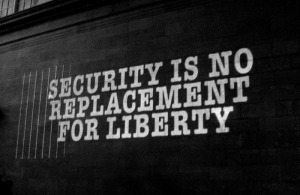 As Christians, we can find commonality with liberals because their views are often compatible with our Christian worldview. Many liberals are devoted Christians themselves (or Jews, Muslims, etc.), or they at least tolerant to religious faiths. Leftists, on the other hand, embrace a worldview that stems from neo-Marxist ideology, which is inherently intolerant to Christian values.

If we’re going to make sure America continues to be the bastion of freedom and diversity of ideas and doesn’t descend into the myopic dystopian world of totalitarian Marxism, and if we want to bring healing and some form of unity back to this nation, then it would be good for us to find alliances with those who love our country as much as we do. And I would offer the same advice to freedom-lovers in any other country.

Here’s the five-minute video. It’s well worth watching if you want to understand the ideological differences between liberals and the left.

God's favorite (and so are you), a son and a father, happily married to the same beautiful woman for 40 years. We have three incredible adult children. My passion is pursuing the Father's heart in Christ and giving it away to others. My favorite pastime is being iconoclastic and trailblazing the depths of God's grace. I'm also senior pastor of Cornerstone Church in Wisconsin.
View all posts by Mel Wild →
This entry was posted in Freedom and tagged Christianity, Connection, Culture, Dennis Prager, liberals and conservatives, Neo-Marxism. Bookmark the permalink.

8 Responses to Conservatives and Liberals Unite!