The most trusted name in news? 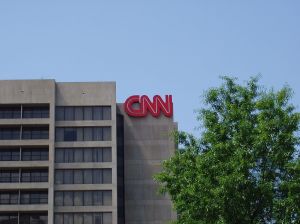 We probably shouldn’t be surprised that 2020 will end with election chaos resembling that of a third-world banana republic. For those of us who paid attention and did our own research, we’ve witnessed hearings and actual evidence of perhaps the most systemic election fraud ever perpetrated against the American people. We’ve also witnessed massive suppression of this information from the mainstream media and big tech.

The bottom line is, you’re being manipulated. Not just by CNN, but by all the mainstream cable and network news outlets and news agencies (MSM).  I gave you information and links last time about how the MSM has influenced this election, suppressing both negative stories about Biden and positive stories about President Trump.

But it doesn’t stop there. Now, the MSM is purposely not reporting anything on the allegations and mountains of evidence of election fraud. Of course, the under-informed (or misinformed) public will just dismiss this as far-right conspiracy theories. They will trust in the MSM, Facebook, and Google “fact-checkers” that say it’s all debunked.  But who checks these “fact-checkers?”

Again, you’re going to have to do your own fact-checking with original sources if you care about getting to the truth.

If you want to understand the contested election and where the fraud allegations are for yourself, the website Every Legal Vote is dedicated to showing that information. They also have a resource page that aggregates the growing amount of evidence of irregularities and alleged fraud. You can click on the link: Here’s the Evidence.

But you won’t see any of these history-shaping stories from news outlets like CNN or network news because they’re selling you a narrative instead of reporting the news, evidently taking their playbook from Nazi propagandist, Joseph Goebbels. They know that if they say a lie enough times you will believe it to be so:

“A lie told once remains a lie but a lie told a thousand times becomes the truth.” Joseph Goebbels

Don’t believe me? Well, last year Project Veritas exposed CNN President Jeff Zucker’s anti-Trump vendetta in a series of stories, where whistleblowers stated that all Zucker wanted was impeachment to be the story everyday, among any other negative reporting they could find. Of course, the impeachment story itself turned out to be a hoax.

More recently, Project Veritas has released hours of undercover conversations by CNN leadership in how they would suppress any news that was favorable to Trump and his legal team, including any information on election fraud.

But this is ultimately not even about Trump, Republicans or Democrats. It’s about free speech and outright voter manipulation. While we should understand that all news agencies have a political bias, the more honest ones state their bias. Yet CNN poses like they’re objective news, and that’s what makes their bias so insidious.

James O’Keefe, of Project Veritas. published a book titled, American Pravda: My Fight for Truth in the Era of Fake News, exposing the propaganda of Mainstream media the New York Times, Facebook, and Twitter. He also did a whole series of videos exposing the New York Times suppression of any news favorable to Trump. Here O’Keefe talks about what he found:

Here’s a brief overview where Facebook is exposed for the disingenuous leftist propaganda hacks that they really are:

Here’s an undercover Project Veritas recording of Twitter employees that proves they shadow-ban anyone who disagrees with their leftist anti-Trump narrative.

One quote from a Twitter reviewer, “Yeah, if they said this is pro-Trump, I don’t want it because it offends me, this, that. And I say I banned this whole thing….” Another employee said, “I’m pretty sure every single employee at Twitter hates Trump.”

Again, you don’t have to take my word for it. You can watch the hours and hours of undercover work by Project Veritas here.

So my question is, are these the people we should be trusting to inform us about what is true? Not if we’re smart.

It should be obvious that we never trust any “news” that CNN and the mainstream media puts out. And we should be especially wary of big tech’s overreach. Again, in this current propaganda environment we’re living in, we must learn how to think for ourselves and do our own research.

And this bring me to news you can actually trust because they’re more truthful about their bias, and they report the news that the MSM is suppressing.

Here are some alternative news channels. Some are found on cable TV, and all are on YouTube or Rumble (YouTube alternative):

There’s also alternatives, like MeWe, Parler and Rumble, etc., to the big tech oligarchs. These alternative social media sites don’t use spyware, do shadow banning, or practice leftist “fact-checking” censorship. I don’t personally care that much about social media in general, but these are certainly better sources for the truth than Facebook and Twitter.

As followers of Jesus, we are children of the light, and we’re called to be salt and light to our generation. We represent true freedom that only comes through Jesus. Our first priority is the Kingdom of God, but we must also stay informed and not be victims of this Orwellian Newspeak because it directly affects everyone’s future and freedoms. As Paul told us, “Have nothing to do with the fruitless deeds of darkness, but rather expose them” (Eph.5:11).

God's favorite (and so are you), a son and a father, happily married to the same beautiful woman for 40 years. We have three incredible adult children. My passion is pursuing the Father's heart in Christ and giving it away to others. My favorite pastime is being iconoclastic and trailblazing the depths of God's grace. I'm also senior pastor of Cornerstone Church in Wisconsin.
View all posts by Mel Wild →
This entry was posted in Freedom and tagged 2020 elections, Election fraud, Mainstream Media narrative, Media bias, Orwellian Newspeak, Trump Derangement Syndrome. Bookmark the permalink.

15 Responses to The most trusted name in news?