You are Harrison Bergeron! 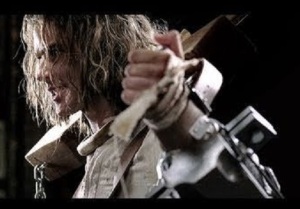 I thought I would have some fun today and talk about how dystopian 2020 has become. I’ve been thinking about whether we’re careening toward George Orwell’s “Nineteen-Eighty-Four“(1984)” or Kurt Vonnegut’s “Harrison Bergeron.” Both stories take place in some dark future, and both are too real right now. However, in Christ, we identify more with the latter. I’ll explain why later.

If you haven’t read these classic stories, you can read their summaries by clicking on the title links above. Harrison Bergeron is probably less known, but it’s very short and can be read in one sitting. You can read the whole thing for free here. (I’ve included a short clip from a movie below.)

Who would’ve thought our country would change so much in just six months. There’s a lot we must ‘unremember’ in an election year!

“The past was erased, the erasure was forgotten, the lie became the truth.” (1984)

Why do I think these dystopian scenarios are playing out in 2020? I’ll start with the following two quotes:

“It was a bright cold day in April, and the clocks were striking thirteen.” (1984)

“Some things about living still weren’t quite right, though. April for instance, still drove people crazy by not being springtime. And it was in that clammy month that the H-G men took George and Hazel Bergeron’s fourteen-year-old son, Harrison, away.” (Harrison Bergeron)

Let’s first look at parallels with Orwell’s “1984.” We’ve seen historic statues defaced or destroyed (including the idiocracy of defacing those of abolitionists!), streets are renamed, history rewritten, all in order to promote the  ‘Party’ narrative from the ‘Ministry of Truth.’:

“Every record has been destroyed or falsified, every book rewritten, every picture has been repainted, every statue and street building has been renamed, every date has been altered. And the process is continuing day by day and minute by minute. History has stopped. Nothing exists except an endless present in which the Party is always right.” (1984*)

On a lighter note, The Babylon Bee had a good solution to protecting our statues in this article: “Cities Protecting Statues by Disguising Them As Karl Marx.”

What about changing the meanings of words and terms like “racism” and “white supremacy?” Welcome to the Orwellian world of ‘Doublespeak!’

How about the ‘Newspeak’ narrative we constantly hear from the mainstream media?

“Don’t you see that the whole aim of Newspeak is to narrow the range of thought? In the end we shall make thoughtcrime literally impossible, because there will be no words in which to express it.” (1984*) 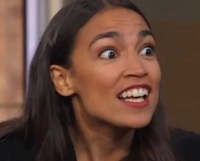 We now live in a world where ‘Bellyfeel’ has replaced honestly assessing what is true:

“What you say or do doesn’t matter; only feelings matter. If they could make me stop loving you-that would be the real betrayal.” (1984*)

“Not merely the validity of experience, but the very existence of external reality was tacitly denied by their philosophy. The heresy of heresies was common sense.” (1984*)

And speaking of emotions, Orwell’s world has its own version of “Trump Derangement Syndrome” with the ‘Two Minutes Hate.’ Shout out his name…Goldstein!!!

1984 has cancel culture, too. You ‘unperson’ anyone who doesn’t go along with the ‘Party’ narrative.

As our protagonist, Winston Smith, found out, you’re only rational if you embrace the relativistic Party narrative. Afterall, 2 + 2 = 4 is only your version of the truth. Winston had to find this out by being mercilessly tortured by the ‘Ministry of Love’:

“In the year 2081, the 211th, 212th, and 213th amendments to the Constitution dictate that all Americans are fully equal and not allowed to be smarter, better-looking, or more physically able than anyone else. The Handicapper General’s agents enforce the equality laws, forcing citizens to wear “handicaps”: masks for those who are too beautiful, loud radios that disrupt thoughts inside the ears of intelligent people, and heavy weights for the strong or athletic.” (Wikipedia)

This sounds like equality of outcome. And face masks were required to make sure everyone equally has no soul.

Our main characters are Harrison and his parents, George and Hazel:

“One April, 14-year-old Harrison Bergeron, an intelligent, athletic, and good-looking teenager, is taken away from his parents, George and Hazel Bergeron, by the government. They are barely aware of the tragedy, as Hazel has “average” intelligence (a euphemism for stupidity), and George has a handicap radio installed by the government to regulate his above-average intelligence.” (Wikipedia)

Watch this brief clip from a 1995 tv adaptation for a good summary explanation:

The story ends like all dystopian stories do…badly. The Handicapper-General shows up and shoots Harrison Bergeron dead. In the book, Hazel witnessed this killing while George was away from the television…

George came back in with the beer, paused while a handicap signal shook him up. And then he sat down again. “You been crying?” he said to Hazel.
“Yup,” she said.
“What about?” he said.
“I forget,” she said. “Something real sad on television.”
“What was it?” he said.
“It’s all kind of mixed up in my mind,” said Hazel.
“Forget sad things,” said George.
“I always do,” said Hazel.

As Adolf Hitler once said, “How fortunate for governments that the people they administer don’t think.” 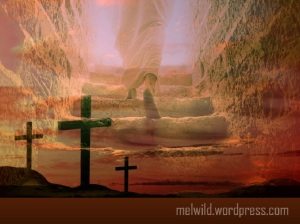 We can see some parallels here with Jesus. You could say He was the first “Harrison Bergeron.” He was larger than life and He came to free us from bondage and show us our full potential. The ‘Party’ killed Him, too. But He didn’t stay dead! He’s alive, and He lives in you and me, and because we’re in Christ, now we are Harrison Bergeron!

Stories like these show why you must burn the books if you want to stop people from being free and thinking for themselves, lest they develop an attention span longer than a tweet. You should burn them all. Especially, the Bible.

God's favorite (and so are you), a son and a father, happily married to the same beautiful woman for 39 years. We have three incredible adult children. My passion is pursuing the Father's heart in Christ and giving it away to others. My favorite pastime is being iconoclastic and trailblazing the depths of God's grace. I'm also senior pastor of Cornerstone Church in Wisconsin.
View all posts by Mel Wild →
This entry was posted in Freedom, Identity and tagged Biblical worldview, Cancel culture, Christianity, Culture, current events, Harrison Bergeron, Jesus, Orwell 1984, political correctness. Bookmark the permalink.

4 Responses to You are Harrison Bergeron!