Victory comes AFTER the resurrection 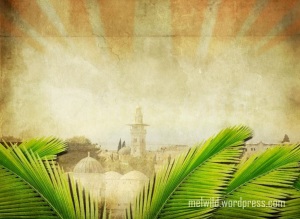 What were the people expecting when Jesus rode into Jerusalem on a donkey and they threw down their clothes and palm branches shouting, “Hosanna to the Son of David!” They were clearly expecting Him to come and crush the Roman Empire and liberate them from its oppression. But they were wrong. And only a few days later, they were shouting, “Crucify Him!”

I wrote last Palm Sunday about the difference between having expectations and being expectant. In this context, expectations are what we put on God. We put on Him what we think He should do, and in doing so, we actually limit Him according to our little theological box we’ve constructed around Him. And if He doesn’t come through on our expectations, which is likely because of our limited understanding, we risk disappointment, even disillusionment. Expectancy, on the other hand, is putting our future into God’s hands, allowing Him to do more than we can ever ask or imagine, according to His power that works in us (Eph.3:20).

Which way do you think is better?

I want to focus in on another aspect of this Palm Sunday story that I got when reading the commentary in the Bible I’m currently using for my devotional reading (The Passion Translation). First, here’s the verse:

9 Jesus rode in the center of the procession—crowds going before him and crowds coming behind him, and they all shouted, “Bring the victory, Lord, Son of David! He comes with the blessings of being sent from the Lord Yahweh! We celebrate with praises to God in the highest!” (Matt.21:9 TPT*)

What struck me was the wording, “Bring the victory, Lord, Son of David!” This, instead of the familiar “Hosanna to the Son of David!” Here’s what the commentary said:

Hosanna in Aramaic means “O save (bring the victory), Lord!” The crowds were recognizing Jesus as Yahweh’s Messiah. By shouting out, “Son of David,” they were clearly expecting Jesus to immediately overthrow the Roman oppression and set the nation free. Many want victory before the cross, but true victory comes after the resurrection!” *

As I already mentioned, the people were waiting for their Messiah to free them from Roman oppression. So, by saying, Hosanna, they were saying, “Bring the victory!” But the most significant thing said here is the last line I highlighted.

Many want victory before the cross, but true victory comes after the resurrection! 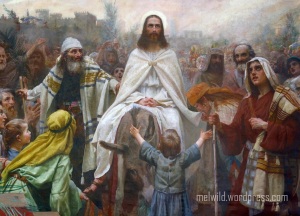 The people that saw Jesus ride into Jerusalem expected a victory without the cross or a resurrection. They had wrong expectations and many missed what God was actually doing. They did not yet understand that without a death there can be no new life. Their problem was like the old blues song, “Everybody wants to go to heaven but nobody wants to die!”

What can that say to us….today…as we ponder this Palm Sunday story?

What the Lord was speaking to me is this: “What victory am I waiting for that doesn’t require the cross?”

Beloved, our victory is in the resurrection. The victory we seek comes after we allow the death of whatever is holding us back.

So, here’s my question for us today as we prepare our hearts for Easter:

“What has to die before new life can spring forth in my life?

This, of course, is not an exhaustive list. But since we’re cooped up in our houses and Easter is on its way it’s the perfect time to ask the Lord what He wants us to let go of so that we can experience new life in the coming season.

And remember this: whatever reason you may come up with to hold on to whatever’s keeping you from upgrade and greater joy is a lie.

It’s a very compelling lie, but a lie just the same.

So I encourage you to take this week to think about this, and I will too, because I cannot overemphasize the benefit. I’ve learned this from experience. All my greatest freedoms came after letting go of what I was holding on to that was holding me back. The good news is, what awaits us on the other side is so unimaginably better that it’s well worth whatever it is God is asking us to let go of.

God's favorite (and so are you), a son and a father, happily married to the same beautiful woman for 40 years. We have three incredible adult children. My passion is pursuing the Father's heart in Christ and giving it away to others. My favorite pastime is being iconoclastic and trailblazing the depths of God's grace. I'm also senior pastor of Cornerstone Church in Wisconsin.
View all posts by Mel Wild →
This entry was posted in Faith, Freedom and tagged Christianity, Expectancy vs Expectation, Jesus, Palm Sunday, Resurrection life, transformation, victory. Bookmark the permalink.

3 Responses to Victory comes AFTER the resurrection