“Are we under the Law as Christians?” Yes, of course! 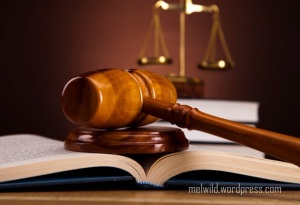 Whenever someone asks me if we, as followers of Christ, are still under the Law, I know what they’re asking. Most people who ask these kinds of questions are looking to push back when the message of God’s scandalous grace is taught. I heard Bill Vanderbush‘s answer to this and I think it’s the best way to respond. I simply answer: “Yes, of course! We’re still under the law.”

This usually gets an affirming response from them, but then I add:

“Which Law are you talking about?”

Then I explain…”For I was set free from the Law of Sin and Death at the cross so I’m now under “the law of the Spirit who gives life through Christ Jesus.” (Which usually gets a puzzled response!)

Therefore, there is now no condemnation for those who are in Christ Jesus, 2 because through Christ Jesus the law of the Spirit who gives life has set you free from the law of sin and death. (Rom.8:1-2 NIV*)

As Paul said earlier in Romans, the Law of Sin and Death was revealed in me (and you) through the commandments…

7 What shall we say, then? Is the law sinful? Certainly not! Nevertheless, I would not have known what sin was had it not been for the law. For I would not have known what coveting really was if the law had not said, “You shall not covet.”8 But sin, seizing the opportunity afforded by the commandment, produced in me every kind of coveting. For apart from the law, sin was dead. 9 Once I was alive apart from the law; but when the commandment came, sin sprang to life and I died. 10 I found that the very commandment that was intended to bring life actually brought death. (Rom.7:7-10 NIV*)

Although completely powerless to bring life, the Law of Sin and Death did its job by causing me to lose all hope in it so that I would find refuge in Christ’s life in the Spirit:

3 For what the law was powerless to do because it was weakened by the flesh, God did by sending his own Son in the likeness of sinful flesh to be a sin offering. And so he condemned sin in the flesh, 4 in order that the righteous requirement of the law might be fully met in us, who do not live according to the flesh but according to the Spirit. (Rom.8:3-4 NIV*) 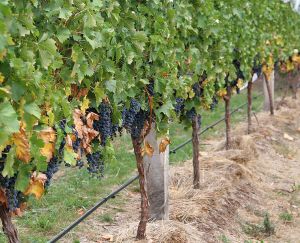 And this is the fruit of being under the Law of the Spirit of life in Christ:

22 But the fruit of the Spirit is love, joy, peace, forbearance, kindness, goodness, faithfulness, 23 gentleness and self-control. Against such things there is no law. (Gal.5:22-23 NIV)

So, the next time someone asks you if we’re still under the Law, tell them, “Yes, absolutely!” Just make sure they (and you) understand which law we’re talking about.

God's favorite (and so are you), a son and a father, happily married to the same beautiful woman for 40 years. We have three incredible adult children. My passion is pursuing the Father's heart in Christ and giving it away to others. My favorite pastime is being iconoclastic and trailblazing the depths of God's grace. I'm also senior pastor of Cornerstone Church in Wisconsin.
View all posts by Mel Wild →
This entry was posted in Freedom, Grace and tagged Christianity, Law and Grace, Religion and Spirituality, Romans 8:1-4. Bookmark the permalink.

8 Responses to “Are we under the Law as Christians?” Yes, of course!