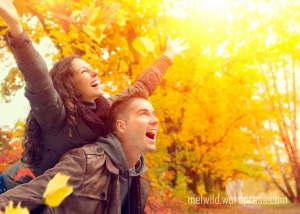 We know that the word “gospel” means “Good news that brings great joy.” Paul concisely defines the gospel in 1 Cor.15:1-4, which is not only one of the oldest written texts in the New Testament, within a couple of decades of the event itself, but also only a reminder of what his followers already knew very well from their oral creeds that date back to within a year of the crucifixion itself (see “New Testament Hymns and Creeds“). But that’s not my point here.

So I thought it would be good to post another Pauline account that gives greater detail into why this good news should bring us great joy. To do this, I’ll use the first two chapters of Ephesians, which will make this post a lot longer than my usual offerings, but I believe it will be worth the read. I’ll also use a translation you may not be familiar with so you can read it as if it were new to you.

Please read this passage several times, maybe over several days. Don’t just skim through it. Take it slow and ponder what each statement is actually saying to you. (You may want to come back when you have more time to do this.) Don’t run to a study guide or commentary and circumvent what God wants to say directly to you.  This is not about figuring out doctrine; it’s about discovering the joy of the Good News. It’s about discovering the real you in Christ. For in Him is overflowing joy! (Psalm 16:11; John 15:9-12). Let the words wash over your soul and flood your heart with His love and joy.

My name is Paul, and I was chosen by God to be an apostle of Jesus, the Messiah. 2 I’m writing this letter to all the devoted believers who have been made holy by being one with Jesus, the Anointed One.

May God himself, the heavenly Father of our Lord Jesus Christ, release grace over you and impart total well-being into your lives. 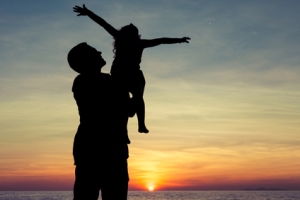 Our Sonship and the Father’s Plan

3 Every spiritual blessing in the heavenly realm has already been lavished upon us as a love gift from our wonderful heavenly Father, the Father of our Lord Jesus—all because he sees us wrapped into Christ. This is why we celebrate him with all our hearts!

4 And he chose us to be his very own, joining us to himself even before he laid the foundation of the universe! Because of his great love, he ordained us, so that we would be seen as holy in his eyes with an unstained innocence.

5–6 For it was always in his perfect plan to adopt us as his delightful children, through our union with Jesus, the Anointed One, so that his tremendous love that cascades over us would glorify his grace—for the same love he has for his Beloved One, Jesus, he has for us. And this unfolding plan brings him great pleasure!

7 Since we are now joined to Christ, we have been given the treasures of redemption by his blood—the total cancellation of our sins—all because of the cascading riches of his grace. 8 This superabundant grace is already powerfully working in us, releasing within us all forms of wisdom and practical understanding. 9 And through the revelation of the Anointed One, he unveiled his secret desires to us—the hidden mystery of his long-range plan, which he was delighted to implement from the very beginning of time. 10 And because of God’s unfailing purpose, this detailed plan will reign supreme through every period of time until the fulfillment of all the ages finally reaches its climax—when God makes all things new in all of heaven and earth through Jesus Christ.

11 Through our union with Christ we too have been claimed by God as his own inheritance. Before we were even born, he gave us our destiny;that we would fulfill the plan of God who always accomplishes every purpose and plan in his heart. 12 God’s purpose was that we Jews, who were the first to long for the messianic hope, would be the first to believe in the Anointed One and bring great praise and glory to God!

13 And because of him, when you who are not Jews heard the revelation of truth, you believed in the wonderful news of salvation. Now we have been stamped with the seal of the promised Holy Spirit.

14 He is given to us like an engagement ring is given to a bride, as the first installment of what’s coming! He is our hope-promise of a future inheritance which seals us until we have all of redemption’s promises and experience complete freedom—all for the supreme glory and honor of God! 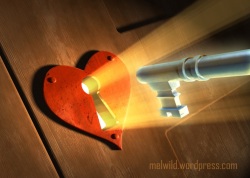 Paul Prays for the Spirit of Wisdom and Revelation

15 Because of this, since I first heard about your strong faith in the Lord Jesus Christ and your tender love toward all his devoted ones, 16 my heart is always full and overflowing with thanks to God for you as I constantly remember you in my prayers. 17 I pray that the Father of glory, the God of our Lord Jesus Christ, would impart to you the riches of the Spirit of wisdom and the Spirit of revelation to know him through your deepening intimacy with him.

18 I pray that the light of God will illuminate the eyes of your imagination, flooding you with light, until you experience the full revelation of the hope of his calling—that is, the wealth of God’s glorious inheritances that he finds in us, his holy ones!

19 I pray that you will continually experience the immeasurable greatness of God’s power made available to you through faith. Then your lives will be an advertisement of this immense power as it works through you! This is the mighty power 20 that was released when God raised Christ from the dead and exalted him to the place of highest honor and supreme authority in the heavenly realm! 21 And now he is exalted as first above every ruler, authority, government, and realm of power in existence! He is gloriously enthroned over every name that is ever praised, not only in this age, but in the age that is coming!

22 And he alone is the leader and source of everything needed in the church. God has put everything beneath the authority of Jesus Christ and has given him the highest rank above all others. 23 And now we, his church, are his body on the earth and that which fills him who is being filled by it! 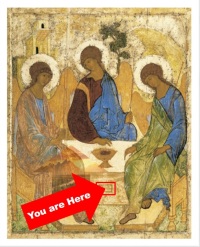 God’s Power Raised Us from the Dead

2  And his fullness fills you, even though you were once like corpses,dead in your sins and offenses. 2 It wasn’t that long ago that you lived in the religion, customs, and values of this world, obeying the dark ruler of the earthly realm who fills the atmosphere with his authority, and works diligently in the hearts of those who are disobedient to the truth of God. 3 The corruption that was in us from birth was expressed through the deeds and desires of our self – life. We lived by whatever natural cravings and thoughts our minds dictated, living as rebellious children subject to God’s wrath like everyone else.

4 But God still loved us with such great love. He is so rich in compassion and mercy. 5 Even when we were dead and doomed in our many sins, he united us into the very life of Christ and saved us by his wonderful grace! 6 He raised us up with Christ the exalted One, and we ascended with him into the glorious perfection and authority of the heavenly realm, for we are now co-seated as one with Christ!

7 Throughout the coming ages we will be the visible display of the infinite, limitless riches of his grace and kindness, which was showered upon us in Jesus Christ. 8 For it was only through this wonderful grace that we believed in him. Nothing we did could ever earn this salvation, for it was the gracious gift from God that brought us to Christ! 9 So no one will ever be able to boast, for salvation is never a reward for good works or human striving.

10 We have become his poetry, a re-created people that will fulfill the destiny he has given each of us, for we are joined to Jesus, the Anointed One. Even before we were born, God planned in advance our destinyand the good works we would do to fulfill it!

11–12 So don’t forget that you were not born as Jews and were uncircumcised (circumcision itself is just a work of man’s hands); you had none of the Jewish covenants and laws; you were foreigners to Israel’s incredible heritage; you were without the covenants and prophetic promises of the Messiah, the promised hope, and without God.

13 Yet look at you now! Everything is new! Although you were once distant and far away from God, now you have been brought delightfully close to him through the sacred blood of Jesus—you have actually been united to Christ!

14 Our reconciling “Peace” is Jesus! He has made Jew and non-Jew one in Christ. By dying as our sacrifice, he has broken down every wall of prejudice that separated us and has now made us equal through our union with Christ. 15 Ethnic hatred has been dissolved by the crucifixion of his precious body on the cross. The legal code that stood condemning every one of us has now been repealed by his command. His triune essence has made peace between us by starting over—forming one new race of humanity, Jews and non-Jews fused together!

16 Two have now become one, and we live restored to God and reconciled in the body of Christ. Through his crucifixion, hatred died. 17 For the Messiah has come to preach this sweet message of peace to you, the ones who were distant, and to those who are near. 18 And now, because we are united to Christ, we both have equal and direct access in the realm of the Holy Spirit to come before the Father!

19 So, you are not foreigners or guests, but rather you are the children of the city of the holy ones, with all the rights as family members of the household of God. 20 You are rising like the perfectly fitted stones of the temple; and your lives are being built up together upon the ideal foundation laid by the apostles and prophets, and best of all, you are connected to the Head Cornerstone of the building, the Anointed One, Jesus Christ himself!

21 This entire building is under construction and is continually growing under his supervision until it rises up completed as the holy temple of the Lord himself. 22 This means that God is transforming each one of you into the Holy of Holies, his dwelling place, through the power of the Holy Spirit living in you!

I invite you to share what you’ve experienced from reading this. And may His joy fill you to the fullest.

God's favorite (and so are you), a son and a father, happily married to the same beautiful woman for 41 years. We have three incredible adult children. My passion is pursuing the Father's heart in Christ and giving it away to others. My favorite pastime is being iconoclastic and trailblazing the depths of God's grace. I'm also senior pastor of Cornerstone Church in Wisconsin.
View all posts by Mel Wild →
This entry was posted in Love, Sonship and tagged Devotional Bible reading, Ephesians, In Christ, joy, The Good News, The Gospel, transformation. Bookmark the permalink.

5 Responses to Encountering the good news that brings great joy