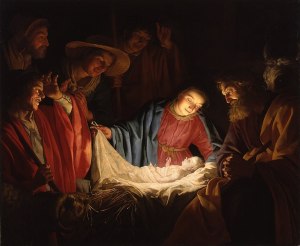 “We cannot afford to make Jesus’ life mostly about His death. I believe doing this is one of the major reasons why most people still like Jesus but don’t like a lot of Christians. This sad commentary reveals the difference between the Christian religion and following Christ.” (From “Why the Incarnation Matters – Part Two“) As Mahatma Gandhi once said, “I like your Christ, I do not like your Christians. Your Christians are so unlike your Christ.”

The point is, how does Jesus’ life impact your living in this world? Last time, we saw that Jesus came so that we could know God as He actually is, not as we had imagined Him to be. We’re now ready to look at the second reason for Jesus’ birth and life.

To restore us to who we actually are

The second reason Jesus came on Christmas day was to show us God’s original intention for humankind. The Mirror Bible brings this out in John 1:18:

1:18 Until this moment God remained invisible to man; now the authentic begotten son, the blueprint of man’s design who represents the innermost being of God, the son who is in the bosom of the father, brings him into full view! He is the official authority qualified to announce God! He is our guide who accurately declares and interprets the invisible God within us. (John 1:18 Mirror *)

Here’s how the Message Bible describes God’s intent for humankind in Christ as the prototype:

29-30 God knew what he was doing from the very beginning. He decided from the outset to shape the lives of those who love him along the same lines as the life of his Son. The Son stands first in the line of humanity he restored.We see the original and intended shape of our lives there in him. (Rom.8:29 MSG *)

What these passages (and others) are telling us is that Jesus was the blueprint to restore humankind back to our original design. The original had become marred beyond recognition and God could not stand by and watch the object of His deepest affection go into total ruin. This is why sin was to be taken away. Unfortunately, we only look at sin as bad behavior and legal infractions, but this misses the most important point.

The Greek word for “sin” is ἁμαρτία (hamartia). According to the Online Etymology Dictionary, it means “tragic flaw…to fail of one’s purpose; to err, sin,” originally “to miss the mark.”

In Greek tragedy, hamartia is commonly understood to refer to the protagonist’s error or flaw that leads to a chain of plot actions culminating in a reversal from their good fortune to bad. (Wikipedia)

In this light, we see God’s intent is to reverse the flaw that led to this tragic chain of events that had befallen humankind. So, sin is better seen as what we do when we’re not fully functioning as human beings. (For further explanation go to “Missing the Mark.”)

Most of the early church fathers saw the incarnation of Christ as the unveiling of God and the restoration of man’s true self. Athanasius (298 -373 AD) gives a brilliant analogy of Christ’s redemptive purpose using the illustration of the subject being repainted for a new portrait when the original becomes disfigured in His work, On The Incarnation:

“You know what happens when a portrait that has been painted on a panel becomes obliterated through external stains. The artist does not throw away the panel, but the subject of the portrait has to come and sit for it again, and then the likeness is re-drawn on the same material. Even so was it with the All-holy Son of God. He, the Image of the Father, came and dwelt in our midst, in order that He might renew mankind made after Himself, and seek out His lost sheep, even as He says in the Gospel, ‘I came to see and save that which was lost.'”

Athanasius goes on to say this is what is meant by our redemption:

“This explains His saying to the Jews: “Except a man be born anew….” He was not referring to a man’s natural birth from his mother, as they thought, but to the re-birth and re-creation of the soul in the image of God.” 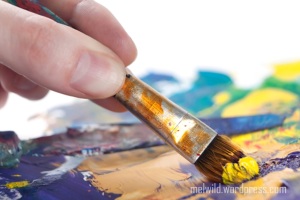 For more on this, see my post, “Incarnation is about Restoration.” I will finish this as I did in that post:

Think about this restorative process as a trajectory of glory. Jesus not only becomes our life in God, He becomes the way for us to become truly human, for He reveals the truth about who we really are (John 14:6).

3:18 The days of window-shopping are over! In him every face is unveiled. In gazing with wonder at the blueprint likeness of God displayed in human form, we suddenly realize that we are looking at ourselves! Every feature of his image is mirrored in us! This is the most radical transformation engineered by the Spirit of the Lord; we are led from an inferior mind-set to the revealed endorsement of our authentic identity. You are his glory! (2 Cor.3:18 MIRROR *)

We will continue on this theme next time.

God's favorite (and so are you), a son and a father, happily married to the same beautiful woman for 41 years. We have three incredible adult children. My passion is pursuing the Father's heart in Christ and giving it away to others. My favorite pastime is being iconoclastic and trailblazing the depths of God's grace. I'm also senior pastor of Cornerstone Church in Wisconsin.
View all posts by Mel Wild →
This entry was posted in Father Heart of God, Identity, Reformation, Sonship and tagged Christianity, Christmas, Incarnation of Christ, Jesus, Religion and Spirituality, transformation, Why Jesus?. Bookmark the permalink.

13 Responses to Why Jesus? Part Two