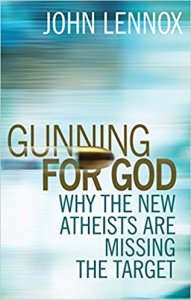 “Faith in God certainly is a delusion, if God does not exist. But what if God does exist? Then atheism is the delusion. So the real question to ask is: does God exist?

Many atheists (inspired by Sigmund Freud, who himself thought that faith in God is an illusion) claim that they have a very simple and convincing explanation of why people believe in God. It arises from incapacity to cope with the real world and its uncertainties.

Michel Onfray tells us that “religion is imagined because people do not wish to face reality….They would “rather have the faith to soothe than reason at the price of a perpetually infantile mentality” (In Defense of Atheism, p.21, 23).

In his best-selling book God: A Brief History of the Greatest One, the German psychiatrist Manfred Lütz points out that this Freudian explanation for belief in God works very well —provided only that God does not exist. However, he continues, by the very same token, if God does exist, then exactly the same Freudian argument will show you that it is atheism that is the comforting delusion, the flight from facing reality, a projection of the desire not to have to meet God one day and give account for your life.*

For instance, Polish Nobel Laureate Czeslaw Milosz, who had reason to know, writes: “A true opium of the people is a belief in nothingness after death —the huge solace of thinking that for our betrayals, greed, cowardice, murders, we are not going to be judged.” *

Thus, if God does exist, atheism can be seen as a psychological escape mechanism to avoid taking ultimate responsibility for one’s own life.

Lütz presses home the implication of his argument: as to whether God exists or not, Freud can give you no help whatsoever.”

Are atheists the ones who are delusional?

Here’s an interesting video clip from InspiringPhilosophy titled, “Is Atheism a Delusion?” According to various studies on cognitive brain functions, it seems that it’s the atheists whose beliefs are unnatural, and the data leads to a strong possibility their beliefs are the ones that are delusions.

God's favorite (and so are you), a son and a father, happily married to the same beautiful woman for 40 years. We have three incredible adult children. My passion is pursuing the Father's heart in Christ and giving it away to others. My favorite pastime is being iconoclastic and trailblazing the depths of God's grace. I'm also senior pastor of Cornerstone Church in Wisconsin.
View all posts by Mel Wild →
This entry was posted in Christian apologetics, Quotes and tagged Atheism, Christianity, John Lennox, Religion and Spirituality. Bookmark the permalink.