What I’ve learned from my experience with atheists and their skepticism against the claims of the Bible is an a priori bias against the supernatural. They consider it pure fantasy, being stuck in ignorant superstition,  believing in magic, and my favorite, “POOFism.” Their naturalist paradigm must reject the claims about Jesus’ miracles and resurrection.

This post is part of a continuing conversation I had in my post, “Apologetics and deconverting from atheism.” You can read the comments there if you like.

Before I continue, I should probably define what is meant by “supernatural” or “miraculous.” It’s simply any phenomenon that appears to act contrary to the laws of natural physics or biology. For instance, Jesus walking through walls or rising from the dead would be two classic examples. People just don’t normally do that and it’s very hard to prove after the fact.

But my question today is, is it possible? Is it reasonable from what we already know?

“Until I see compelling evidence in favour of something more likely than local units obeying local rules, I have no cause to doubt the value of methodological naturalism in describing our universe and everything it contains and the explanatory models it regularly produces towards this end.”

I smile whenever I get these kinds of responses. While this is a reasonable argument, my question is in my response…

“…it’s also interesting that you said “local units obeying local rules.” That has particular reference to physics, but what about non-local realities that don’t obey local rules, that operate outside of time and space?” 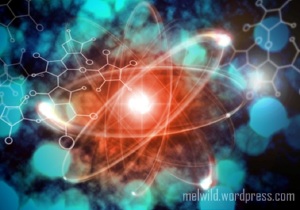 The reason I said this is because there’s nothing that behaves rationally in the non-local quantum world! There is no such thing as time in the non-local world. And the more we understand about the mathematically proven but perplexing principles of Entanglement and Quantum tunneling,  the more we have to agree with Einstein that it’s “Spooky action at a distance.”

And let me make one more point. This post is not meant to prove the existence of God, per se, but the possibility of what we call “supernatural” or miraculous. And, with this point, to challenge the idea that theology has no place in informing reality for us.

One more quote along these lines from tildeb…

Theology presumes its explanatory model is not just accurate but necessary to make sense of reality, to ‘explain’ the natural using the supernatural as the cause. This is why it’s an incompatible method with naturalism that requires nature itself to substantiate claims made about it.

This is precisely the logic I am challenging.  We must ask, what do you mean by “natural?” Because, apparently we only have the ability to perceive what is but a subset of the greater reality around us (and in us). And this is not some crazy theological postulation but science. For instance, here’s what Paul Davies, theoretical physicist, cosmologist and astrobiologist at Arizona State University said about Quantum Tunneling:

“Imagine throwing a stone softly at a window. You expect the stone to bounce back again. Suppose that, instead of the stone rebounding from the window, it passed right through and appeared on the far side, leaving the window intact! Anyone seeing a stone penetrating a window without breaking it would conclude a miracle had happened, but this particular miracle occurs all the time in the subatomic domain, where quantum rules defy common sense.” (Davies, About Time: Einstein’s Unfinished Revolution,” [1995], p. 164)

Sounds like Jesus walking through walls to me. Sounds like…POOFism!

This is the “real” world that naturalism cannot explain, where three-dimensional Euclidean physics simply fails us. As Davies put it, where miracles happen all the time.  If you’re interested, you might want to check Paul Davies’s fascinating interview titled, “What Exists?”

And that’s a good point. Is there such a thing as objective material existence? We now know that this “spooky” quantum world is the basic foundation to the world we see. And in this world, atoms are 99.999% space, which means the material world we take as “real” is 99.999% space. Yes, you and I are 99.999% space! And, in this “space,” there’s a whole lot of other-dimensional things going on!

If you’re not a quantum science wannabe geek like me, here’s a very simple video explaining my point that challenges our understanding of what is “real.” Full disclosure: this person has a Christian bias. While the points he makes are valid in quantum science, his conclusions are theological.

So, if it’s possible there is a “cosmic consciousness” that defines reality, I postulate that this is theological. According to Scripture, this universal mindset is found in Christ and we all have been put there! For there is no such thing as “outside” of Christ, as an ancient Christian hymn familiar to us says about the Cosmic Christ:

Here’s another video arguing that our “reality” is actually virtual, in the mind of someone outside of our world. While some of its content is overlap from the first video, it’s making a different comparison.

NOTE: No knee-jerk reactions please. I ask that you don’t comment unless you’ve read the whole thing and watched the videos. Then, keep your comments relevant to this specific subject and refrain from ad hominem attacks. Thank you.

God's favorite (and so are you), a son and a father, happily married to the same beautiful woman for 41 years. We have three incredible adult children. My passion is pursuing the Father's heart in Christ and giving it away to others. My favorite pastime is being iconoclastic and trailblazing the depths of God's grace. I'm also senior pastor of Cornerstone Church in Wisconsin.
View all posts by Mel Wild →
This entry was posted in Christian apologetics and tagged Christianity, Cosmic Christ, existentialism, Naturalism, ontology, Quantum mechanics, Religion and Spirituality. Bookmark the permalink.