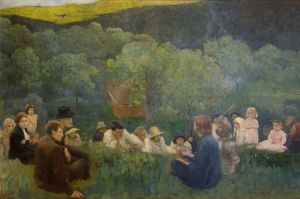 It should be of interest to us that we never hear Jesus say, “Repeat this prayer after Me and you’ll be saved.” He simply said, “Follow Me.” Our life in Christ is just that…a new and very different life than the one we had before we encountered Jesus. It’s not a one-time decision; it’s a lifetime of decisions.

And these decisions are empowered by the indwelling Spirit to make us like Him. This is the Christianity that the Bible actually teaches.

The cost of not being a disciple

We often talk about the cost of discipleship. Jesus Himself said that we should count the cost before we decide to follow Him:

28 For which of you, intending to build a tower, does not sit down first and count the cost, whether he has enough to finish it— 29 lest, after he has laid the foundation, and is not able to finish, all who see it begin to mock him, 30 saying, ‘This man began to build and was not able to finish’? 31 Or what king, going to make war against another king, does not sit down first and consider whether he is able with ten thousand to meet him who comes against him with twenty thousand? 32 Or else, while the other is still a great way off, he sends a delegation and asks conditions of peace. 33 So likewise, whoever of you does not forsake all that he has cannot be My disciple. (Luke 14:28-33 *)

Unlike religious observance that only requires ritualized surface-level obedience, following Christ costs us everything. There’s no ambiguity whatsoever about that in Jesus’ teachings or in the New Testament itself. Having faith in Christ means you have placed every part of your life into His hands to do with whatever He sees is best for us. 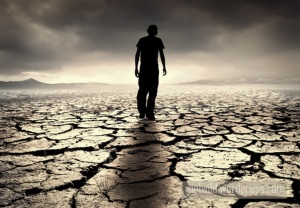 But have you ever considered the cost of not following Jesus? Because the cost of not following Him is also “counting the cost.” Not following Him means being shaped by a world driven by fear and greed. It can mean a lifetime of bondage to anger, worry, lust, broken relationships, rejection, disappointments, anxiety, manipulation…all the fruit that comes from living a self-indulgent lifestyle. And this also applies to those who profess Christ but aren’t doing what He says.

This was exactly the point Jesus makes at the end of the Sermon with the analogy of how we build our house (see Matt.7:24-27). In other words, if our relationship with Jesus is superficial, then the circumstances of life will be devastating to us. But if we’ve entered into this cooperative process with Him, the wind and the rain of life will not shake us or shipwreck our faith.

It’s this simple: if we don’t think Jesus is telling us the truth, we won’t follow Him. But if we believe He is, we will spend the rest of our life doing what He says. And that has nothing to do with what the world sees as religious observances.

The paradox of the Kingdom is that when we surrender everything to Christ, we begin to walk in real freedom.

We’re now ready to get into the everyday practicality of Jesus’ Kingdom, and doing so will show us just how subversive it really is!

The Sermon On the Mount

The irony is that Jesus’ so-called “Sermon on the Mount” (Matthew 5-7) is one of the most beloved passages in Scripture, yet it’s also the most ignored by Christians! One of the reasons why it’s ignored is because it’s so misunderstood.

To understand the Sermon on the Mount properly, we need to look at it as one message. And that one message is this:

The Sermon on the Mount is the fruit of what it looks like to actually follow Christ.

I say “fruit” because if we try to turn these brilliant truths into commandments, we create the worst form of Christian legalism and religious bondage. They cannot be obeyed by imitating them; they come from relationship, entering into this cooperative process with Jesus.

As Dallas Willard points out in his book, The Divine Conspiracy, with the Sermon on the Mount, Jesus is answering two of the most important questions of life: “What is the good life?” and “Who is a good person?”

We will see how Jesus answers these two questions as we go.

God's favorite (and so are you), a son and a father, happily married to the same beautiful woman for 39 years. We have three incredible adult children. My passion is pursuing the Father's heart in Christ and giving it away to others. My favorite pastime is being iconoclastic and trailblazing the depths of God's grace. I'm also senior pastor of Cornerstone Church in Wisconsin.
View all posts by Mel Wild →
This entry was posted in Freedom, Heaven on earth, Reformation, Sonship and tagged Christianity, Discipleship, Jesus, Sermon on the Mount, Subversive Kingdom, transformation. Bookmark the permalink.