As I shared last time, Jesus’ central message was that the kingdom of God, now, for the first time, has invaded earth and intends to fully integrate itself in and among humankind.

And the Kingdom carriers, starting with Jesus, have come to turn this world construct “upside-down” (Acts 17:6). This is why we need to be re-formed and reshaped, so that the Kingdom realities can flow and work through our renewed mind and open heart.

But just what is being “turned upside-down?” As I shared in Jesus Christ: Savior of the World, the New Testament uniquely adds another layer to the word “world” (kosmos), meaning “the human sociological realm that exists in estrangement from God.” Christ’s kingdom is to infiltrate the cultural shapers of “this world” in the following areas of authority known as the “seven mountains”:

The goal is to subvert and replace the counterfeit kingdoms, born from Adam’s foolish collusion, where power is wielded through fear, greed, and coercive subjugation, and replace them with Christ’s kingdom. His Kingdom is not a worldly political power, but a heavenly domain empowered and maintained by other-centered, self-giving love. 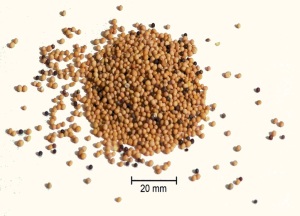 Jesus uses the parable of the mustard seed, the smallest of seeds, to talk about the progressively pervasive nature of this Kingdom’s infiltration:

31 Another parable He put forth to them, saying: “The kingdom of heaven is like a mustard seed, which a man took and sowed in his field, 32 which indeed is the least of all the seeds; but when it is grown it is greater than the herbs and becomes a tree, so that the birds of the air come and nest in its branches.” (Matt.13:31-32 *).

Both Habakkuk and Isaiah prophesy essentially the same ultimate goal:

As I shared here and here, we see “Babylon,” from Genesis to Revelation, representing the counterfeit kingdom construct that has insinuated itself upon our world system, setting itself up against Christ and His Kingdom. It is this kingdom that will be totally broken and replaced (Rev.18). This was symbolized in Daniel’s interpretation of Babylonian King Nebuchadnezzar’s dream:

44 And in the days of these kings the God of heaven will set up a kingdom which shall never be destroyed; and the kingdom shall not be left to other people; it shall break in pieces and consume all these kingdoms, and it shall stand forever. 45 Inasmuch as you saw that the stone was cut out of the mountain without hands, and that it broke in pieces the iron, the bronze, the clay, the silver, and the gold—the great God has made known to the king what will come to pass after this. The dream is certain, and its interpretation is sure.” (Dan.2:44-45 *)

The fourth kingdom in this dream is usually interpreted as the Roman Empire (Dan.2:33, 40-43). It says God’s kingdom will be set up “in the days of these kings.” Christ made His Kingdom announcement in the days of the Roman Empire (Mark 1:15). There can be no doubt, then, that this “stone cut out of a mountain without hands” is Christ and His Kingdom. And while there have been various interpretations of this passage to describe differing eschatological viewpoints, ultimately the point is, “the kingdoms of this world have become the Kingdoms of our Lord and His Christ” (Rev.11:15). 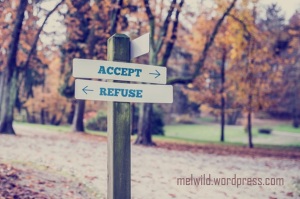 So, with this advent of Christ’s kingdom comes the “valley of decision” for every human soul (Joel 3:14). As Paul told the pagan Athenian philosophers, after making the case that they already intuited this “unknown God” in their own literature…

30 “God overlooked the times when people didn’t know any better. But now he commands everyone everywhere to turn to him and change the way they think and act. 31 He has set a day when he is going to judge the world with justice, and he will use a man he has appointed to do this. God has given proof to everyone that he will do this by bringing that man back to life.” (Acts 17:30-31 GW)

Paul’s argument is basically that all other religions and competing philosophies of life have now been made null and void. We must change our allegiance to Christ because God made Him Lord over all by raising Him from the dead.

Now that we’ve painted the big picture of Christ’s subversive kingdom, we’ll get into more specifics about how we participate in it next time.

God's favorite (and so are you), a son and a father, happily married to the same beautiful woman for 41 years. We have three incredible adult children. My passion is pursuing the Father's heart in Christ and giving it away to others. My favorite pastime is being iconoclastic and trailblazing the depths of God's grace. I'm also senior pastor of Cornerstone Church in Wisconsin.
View all posts by Mel Wild →
This entry was posted in Heaven on earth and tagged Christianity, Jesus Christ, Kingdom of the heavens, Mystery Babylon, Seven Mountains, Subversive Kingdom. Bookmark the permalink.