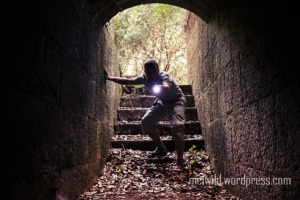 We’re now ready to look at some of the contemporary answers given to defend the “holy ban” (extermination) of the Canaanites. If you haven’t read the previous parts, I suggest you do so before continuing here.

A word of warning: If you believe in Bible inerrancy (free of textual or theological errors), you will probably struggle with some of what we will investigate here.  The idea of Bible inerrancy was a 19th century Christian Fundamentalist reaction to historical criticism. I should also note that shortly after this the Roman Catholic church followed suit with the doctrine of papal infallibility. What we have here is the theological war between the Protestants and Catholics over who (or what) has final authority.

But regardless of what you believe about the Bible, let’s keep our “flashlight” on, our finger off the “delete” key in our brain, and proceed forward on our pathway!

2 and when the Lord your God delivers them over to you, you shall conquer them and utterly destroy them. You shall make no covenant with them nor show mercy to them. (Deut. 7:2 NKJV)

16 “But of the cities of these peoples which the Lord your God gives you as an inheritance, you shall let nothing that breathes remain alive, 17 but you shall utterly destroy them.” (Deut.20:16-17 NKJV)

Now, let’s look at these contemporary arguments one at a time. 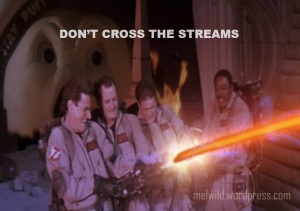 This is probably the most common defense given for Canaanite genocide, and it’s inferred directly from the text.

3 Nor shall you make marriages with them. You shall not give your daughter to their son, nor take their daughter for your son. 4 For they will turn your sons away from following Me, to serve other gods; so the anger of the Lord will be aroused against you and destroy you suddenly. (Deut. 7:3-4 NKJV)

“Just as the wise surgeon removes dangerous cancer from his patient’s body by use of the scalpel, so God employed the Israelites to remove such dangerous malignancies from human society.” (Archer, Encyclopedia of Bible Difficulties, p.121)

But how is Archer’s rationale any different than Hitler’s Nazi propaganda? As Thom Stark points out: “Hitler, whose mother Klara died of breast cancer, would later identify the Jews as “a cancer on the breast of Germany.” (Stark, The Human Faces of God…, loc. 3467 – Kindle edition).

I alluded to this argument in my post, “Was Ezra xenophobic?” Ezra demanded that the Jews living in post-exilic Jerusalem abandon their foreign wives and children because they were mixing the “holy seed” and would cause Israel to follow after other gods. As I pointed out with Ezra’s defense, the problem with this argument is that if it’s actually from God, then He’s clearly contradicting Himself. Here’s a quick summary of some of those contradictions:

Next, while the argument that these Canaanites would turn Israel’s hearts away from God is valid, how does that apply to the children? Or, for that matter, to everything that breathes? Are the Canaanite cattle, cats, and dogs going to cause Israel to sin?

What about the little Canaanite children?  If they were spared, they would certainly be raised up in the Jewish community to worship Yahweh according to the law of Moses. Are they all of a sudden going to turn into pagan idolaters when they reach adulthood?  And would they, in turn, be such a powerful force as to suddenly turn their parents and community into idolaters? I hardly think so!

I’ve already mentioned the 32,000 Midianite virgins that Israel was allowed to have as booty, who were no doubt already raised up in Canaan’s idolatrous ways.

I think we can safely jettison this argument as a valid reason for genocide. 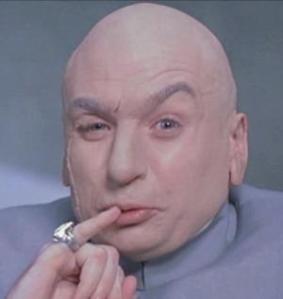 Because the Canaanites were particularly evil

This argument goes something like this: God had to eliminate the Canaanites because they practiced child sacrifice, incest, and other vile abominations. While they did indeed practice these things, we must ask…were the Canaanites any more evil than anyone else in the region?

First, child sacrifice was considered the ultimate act of worship in the ancient world. The Bible records Mesha, the Moabite king, sacrificing his firstborn son to his god, Kemosh, when it became evident that he was losing the battle against Israel (2 Kings 3:26-27). What’s remarkable about this story is that the narrative seems to confirm this abominable act as the reason for Mesha’s victory against Israel!

27 Then he took his oldest son who was to reign in his place, and offered him as a burnt offering on the wall. And there came great wrath against Israel, and they departed from him and returned to their own land. (2 Kings 3:27 NASB)

Indeed, it was no special act of faith for Abraham to be willing to sacrifice his son, Isaac (Gen.22:2). We only find it reprehensible because we’re looking at it through the lens of our modern sensibilities. What made Abraham’s faith remarkable was that he believed God would raise Isaac from the dead (Heb.11:17-19).

And what about Jephthah, an Israelite and “hero of the faith” (see Heb.11:32), sacrificing his own daughter to Yahweh (Judges 11:29-40), apparently with His consent?

Furthermore, if we want to excuse the obliteration of the Canaanites because of their incestuous acts, what about “righteous Lot” (2 Pet.2:7) and his daughters? (Gen.19:30-38)

And how are the Canaanites more evil than the surrounding nations? There was probably no one more wicked than the absolutely ruthless Ninevites, and they were granted mercy! (Jonah 3:1-10) You could argue that the Ninevites repented, but then why were the Canaanites given no such opportunity? No warning, no evangelistic preaching, just send in spies before the slaughter. In fact, the one Canaanite the spies did talk to (Rahab) asked for mercy and got it! So much for the Canaanites being reprobate!

No, it would seem that the only sin uniquely worthy of the Canaanites’ extinction was because of the real estate they occupied. They were simply living in the wrong place at the wrong time.

We’ll continue looking at more lines of defense for the Canaanite genocide next time.

God's favorite (and so are you), a son and a father, happily married to the same beautiful woman for 41 years. We have three incredible adult children. My passion is pursuing the Father's heart in Christ and giving it away to others. My favorite pastime is being iconoclastic and trailblazing the depths of God's grace. I'm also senior pastor of Cornerstone Church in Wisconsin.
View all posts by Mel Wild →
This entry was posted in Faith, Father Heart of God, Theology and tagged Bible inerrancy, Canaan Conquest, Christianity, Genocide, God said what?!, Religion and Spirituality, Theological rabbit hole. Bookmark the permalink.