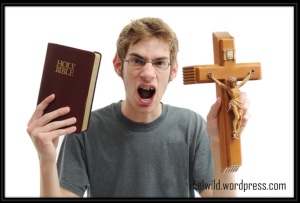 Over the years I’ve been amazed at how relationally dysfunctional we can be in the body of Christ. And I certainly include myself, especially before I realized this. We’re often divisive, vindictive, petty, angry, suspicious, untrusting, fearful, unforgiving, ungraceful, and judgmental…among other negative relational issues.

On the one hand, we shouldn’t be too hard on ourselves for simply being human. Everyone on the planet is this way to a degree. On the other hand, we are acting like mere humans, which was why Paul admonished the divisive Corinthians (emphasis mine):

What’s instructive here is that being spiritually gifted, as Paul noted about the Corinthians earlier, has nothing to do with being spiritually mature or relationally healthy. Another thing, how we handle our relationships with each other shows the level of our spiritual maturity. We might be “Spirit-filled” and “Bible-filled,” but still acting like “mere infants in Christ.” Apparently, this is proven in our inability to cultivate authentic relationships together in Christ. 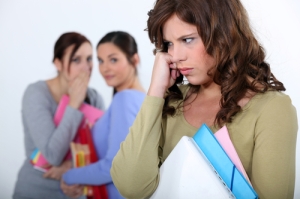 To act “like mere human” is to act like the rest of the world instead of the new creation in Christ that you actually are.

Succinctly put, it’s the opposite of walking in love.

It looks like walking away from a relationship whenever there’s conflict. They made us mad, or hurt us, so they must be punished! We don’t actually physically punish them. We walk away and ostracize them, tearing them down with others whenever we get the chance. Sadly, there’s a demonic satisfaction in doing this.

We should wonder, then, what is a healthy relationship? My best attempt at describing it would be that it looks just like Christ. Here are a few practical examples:

We would work on letting Jesus change us instead of us trying to change everyone else, accepting who they are, instead of who we think they should be.

We would make our relationships more important than being in agreement.

We would remember that God loves diversity but not divisiveness.

We would value what others have to say, as if were as important as what we have to say.

We would rather understand than win the argument.

We would never let other people’s bad behavior change our gracious response.

We would forgive others freely, whether they ask for it or not.

There would never be a condition where we would turn our love off on anyone.

We would commit to being unoffendable.

“Other people’s names would always be safe in our mouth” (wisdom from a 4-year old named Billy).

We would give exactly the same grace for the person we can’t stand as we would always want for ourselves.

I think you get the idea. 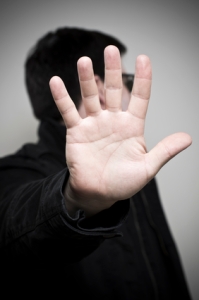 When we don’t trust people, we can keep our distance by spiritualizing everything. We might scoff at things like inner healing, or anything that requires dealing with our relational conflicts. After all, it’s “just me and Jesus.”

Living like a monk in a cave is fine for awhile, and we certainly can believe we’re “all that” by ourselves. But we’ll never actually grow spiritually, or as a person, until we enter into real relationships with other people. That’s where we find out where we’re really at, spiritually!

Another peculiar thing I’ve witnessed in the body of Christ is what I would call superstitious fear. It’s often disguised as spiritual warfare. Instead of walking in love, we’re afraid of what the devil might be doing, cults, new agers, atheists, liberals, the antichrist, bad Bible translations, false teachers…or any other Christianized bogeyman we might think is lurking under our beds. I should know; I was a card-carrying member of the “beware club” much of my Christian life!

Not that these aren’t real; they’re just not something to fear.

These fears become superstitious when we fear occult symbols, certain animals, or certain music, certain movies, or wearing certain things, or people who’ve dabbled in these things, lest we get put under their spell. We can even treat the blood of Christ like some magic voodoo chicken leg we wave in front of the evil we’re trying to exorcise.

But the only spell we’re in danger of is our ignorance about who we are in Christ.

When we don’t know who we are, and where we are, placed in Christ in God, far above all principalities and powers (Eph. 1:18-21; 2:6), we make our fears bigger than Christ. 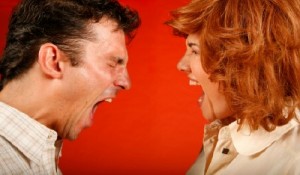 Finally, there’s the angry Christians. They’re out of control but actually think their vitriolic wrath is a virtue. After all, they reason, God is angry with sinners all the time, so they’re angry about everything all the time…the world, the government, schools, news media, gays, Muslims, and “wishy-washy” Christians who aren’t like them (which makes them apostate). These angry types often anoint themselves as God’s watchdogs over the rest of the body of Christ.

True spirituality is following Jesus, which means relating to others the way He told us to in His teachings. It means that entering into the cooperation process in relationship with His Spirit in us is more important than how we may think we’re serving Him; that loving others is more important than being right…or being important. It means that our freedoms are governed by other-centered, self-giving love, not by petty self-seeking, envy, fear, or pride.

I’ll close with Paul’s thoughts on being spiritual. I think these are good words to live by.

13-15 It is absolutely clear that God has called you to a free life. Just make sure that you don’t use this freedom as an excuse to do whatever you want to do and destroy your freedom. Rather, use your freedom to serve one another in love; that’s how freedom grows. For everything we know about God’s Word is summed up in a single sentence: Love others as you love yourself. That’s an act of true freedom. If you bite and ravage each other, watch out—in no time at all you will be annihilating each other, and where will your precious freedom be then?

16-18 My counsel is this: Live freely, animated and motivated by God’s Spirit. Then you won’t feed the compulsions of selfishness. For there is a root of sinful self-interest in us that is at odds with a free spirit, just as the free spirit is incompatible with selfishness. These two ways of life are antithetical, so that you cannot live at times one way and at times another way according to how you feel on any given day. Why don’t you choose to be led by the Spirit and so escape the erratic compulsions of a law-dominated existence? (Gal.5:13-18 MSG)

NOTE: I will be on vacation when this post is published, so I may not be able to respond to your comments right way. Will do so when I can!

God's favorite (and so are you), a son and a father, happily married to the same beautiful woman for 39 years. We have three incredible adult children. My passion is pursuing the Father's heart in Christ and giving it away to others. My favorite pastime is being iconoclastic and trailblazing the depths of God's grace. I'm also senior pastor of Cornerstone Church in Wisconsin.
View all posts by Mel Wild →
This entry was posted in Freedom, Grace, Identity, Sonship and tagged Christianity, Relationships, Spiritual maturity. Bookmark the permalink.

11 Responses to Relational dysfunction and spirituality