Are you a treasure hunter or a troubleshooter? 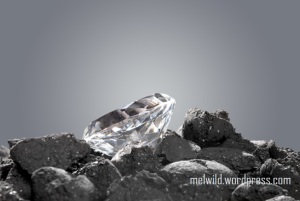 Are you a treasure hunter or a troubleshooter? Johnny Enlow asks this question in his book, The Seven Mountain Renaissance: Vision and Strategy Through 2050 (I highly recommend this book.)

You see, our problem is not the world, it’s our perception. I already shared Johnny Enlow’s hopeful word for 2016 that, in spite of all the popular eisegesis and false prophecies about blood moons and imminent disaster in 2015 (add these to the trash heap of other faulty portents of doom like Y2k and the Mayan calendar), God has been up to some very wonderful things right in our midst. You can read about that here.

In his book, Enlow points out that we’ve become like the ten spies who gave Israel their “reality check” about giants in the land instead of having “Caleb-vision” and seeing the massive fruit just waiting to be plucked for the Kingdom (See Num.13:26-33).

I should mention that the ten-spy paradigm is rampant in the body of Christ today and is, in fact, more the rule than the exception. We have developed greatly as professional reality-checkers while chasing off the Caleb voices of hope and assurance. (Seven Mountain Renaissance, Kindle loc. 366)

Being critical and pointing out what’s wrong doesn’t necessarily mean someone has spiritual discernment. In fact, it takes no prophetic insight whatsoever to see what’s wrong…what looks like a pile of coal, if you will. True discernment is seeing the hidden diamond in the rough and bringing its latent God-given value into the light.

Jesus was a treasure hunter. Notice how He describes His way of viewing and doing things (emphasis added):

19 Jesus gave them this answer: “Very truly I tell you, the Son can do nothing by himself; he can do only what he sees his Father doing, because whatever the Father does the Son also does. 20 For the Father loves the Son and shows him all he does. Yes, and he will show him even greater works than these, so that you will be amazed. (John 5:19-20 NIV)

Did Jesus focus on what the devil was doing, or what was wrong with the Roman world He lived in? No! His focus was on bringing us His Father’s world—relating to our broken world through His Father’s eyes, bringing healing and freedom from fear and bondage to everyone He touched.

Are we not also sons and daughters of our heavenly Father? Aren’t we supposed to be as Jesus is in this world? (1 John 4:17) Yes!

When we turn our focus on what the Father is doing, then this will also be true of us…“Yes, and he will show him even greater works than these, so that you will be amazed.”

I think amazing is better than fear-mongering, don’t you?

So, here’s a thought. What if instead of being “Chicken Little” Christians we became follows of Jesus? What if our perception of current events and the people we came into contact with was more informed by our heavenly Father than by what we see constantly paraded before our eyes on 24-hour news channels?

Beloved, your Papa God has given you the Holy Spirit to reveal all things that He has given Christ, so that you can see what He’s doing on the earth (John 16:13-15). He searches out the deep things of God and has given us His perception (1 Cor.2:10-16).

He has not placed Himself in you so that you would hide in fear and wait for rescue, but so that you would be a purveyor of His Presence. You are His hope-carrier, light-bringer, ambassador of reconciliation and restoration. So let’s be about the mission of Jesus, to seek out the hidden treasures in the dirt and proving to the world that what God desires for all mankind is good and acceptable and perfect (Rom.12:2).

God's favorite (and so are you), a son and a father, happily married to the same beautiful woman for 41 years. We have three incredible adult children. My passion is pursuing the Father's heart in Christ and giving it away to others. My favorite pastime is being iconoclastic and trailblazing the depths of God's grace. I'm also senior pastor of Cornerstone Church in Wisconsin.
View all posts by Mel Wild →
This entry was posted in Father Heart of God, Reformation, Sonship and tagged Bad eschatology, Christian mission, Christianity, Faithful questioning, False Prophecy. Bookmark the permalink.

7 Responses to Are you a treasure hunter or a troubleshooter?