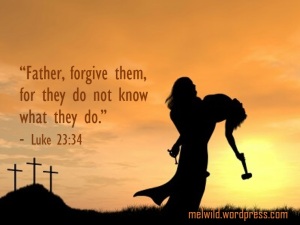 This is part three in my short series that looks at the question, “Did God kill Jesus?” The reason for this faithful question is because the popular view of atonement (Penal Substitutionary Atonement, or PSA) insists that God had to kill Jesus before He could forgive us. PSA’s proof-text rests on Isaiah 53:10. Here is the verse in the New American Standard Bible (bold text added):

But the Lord was pleased
To crush Him, putting Him to grief;
If He would render Himself as a guilt offering,
He will see His offspring,
He will prolong His days,
And the good pleasure of the Lord will prosper in His hand.

I hope to prove to you that this wooden literal interpretation of Isaiah 53:10 fails on at least three counts. They are as follows:

PSA’s interpretation violates the first principle because it creates a contradiction with a number of passages that forbid the execution of the innocent in place of the guilty (Deut.24:16; Jer.31:29-30; Ezek.18:20). Scripture also states that punishing the righteous is not good (Prov.17:26). This claim renders the passage absurd because it makes God well pleased to pour out His wrath upon His Son in whom He is well pleased (Matt.3:17; 12:18; 17:5). Talk about an absurd contradiction!

Furthermore, saying that a God who is love takes pleasure in torturing His Son turns Him into a sadistic, child-abusing monster. This is the very definition of absurd!

It also makes the interpretation absurd because we end up with God murdering an innocent man so the guilty can go free, which no court on earth would call justice! Actually, the Bible doesn’t call that justice either (Prov.24:24).

I’ve already shown in the introduction how the Bible writers often used a literary device known as compression when describing an event. I used the examples of 2 Samuel 24:1 and 1 Chronicles 21:1 to prove that even though 2 Samuel 24:1 states that God was moving David to sin by taking a census, it was actually Satan doing it. The first account was simply compressing God’s perfect and permissive will into one.

The same must be true of Isaiah 53:10 for the reasons stated in my first point. And as I said in “Saving Easter-Part four,” the New Testament writers were very clear about who was actually to blame for killing Jesus. It was our enmity and wrath that Jesus suffered on the Cross. I will talk more about that next time.

What it all amounts to is this: it was God’s permissive will to allow wicked men to pour out their wrath and murderous hatred on Jesus, which accomplished His perfect will to fully restore us to Himself!

For this last point, I don’t think I could say it any better than I did in “Saving Easter- part five“, so I will borrow excerpts from that post. You can go there for greater detail. The fact is, the apostles didn’t use our English Bibles to read Isaiah 53. They would’ve read it in Greek from the Septuagint (LXX). We should also consider that the Hebrew manuscript where we get our Old Testament was copied from copies of the original by Jewish Rabbis much later.

We’ve already read Isaiah 53:10 from our English Bible. Now, let’s now look at how the apostle’s Bible (LXX) rendered this verse. I will use two different English LXX translations for comparison, highlighting the same words as in the Hebrew translation:

The Lord also is pleased to purge him from his stroke.  If ye can give an offering for sin, your soul shall see a long-lived seed. (L.C.L. Brenton)

And the Lord desires to cleanse him from his blow. If you give an offering for sin, your soul shall see a long-lived offspring. (NETS)

The Greek word that the Hebrew-based text rendered “crush” is καθαρίσαι (katharisai) in the LXX. This is where we get the English word, “cauterize” (like to cauterize a wound).

We find variations of the word katharisai in the New Testament. It means “to cleanse, render pure, purify.” For instance, we find this same Greek word in Matthew 8:2 (bold-type added and words in brackets added):

“A leper came up to him, knelt down, and said, “Lord, if you are willing, you can make me clean“ [katharisai | καθαρίσαι]

What a difference a word makes! What the Greek Septuagint is basically telling us is that it pleased the Father to heal Jesus of His wounds that we inflicted! As Jesus took our disease and healed us, the Father cleansed the Son of His Love.

The bottom line: whether we go with the Greek text or the Hebrew text, we cannot go with the PSA interpretation of Isaiah 53:10 for the reasons stated here.

Next time, I will try to wrap things up by focusing in on the real perpetrators of Jesus’ unjust murder.

God's favorite (and so are you), a son and a father, happily married to the same beautiful woman for 41 years. We have three incredible adult children. My passion is pursuing the Father's heart in Christ and giving it away to others. My favorite pastime is being iconoclastic and trailblazing the depths of God's grace. I'm also senior pastor of Cornerstone Church in Wisconsin.
View all posts by Mel Wild →
This entry was posted in Doctrine, Father Heart of God, Theology and tagged atonement, Christianity, Did God Kill Jesus, Isaiah 53, Penal Substitutionary Atonement. Bookmark the permalink.