Jesus did NOT come to save us FROM God 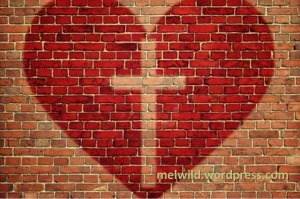 God is not conflicted. He is Love–Father, Son and Spirit.

One of the goals of this blog is to dispel this notion that God the Father is somehow different than Jesus, including in His nature or in His intentions toward us.

And this erroneous notion no doubt is unintended; nonetheless, after centuries of what we’ve been taught, it remains deeply entrenched in our thinking. And I believe it creates a subtle but deadly contradiction about God that keeps us hiding behind our fig leaves of religion when our heavenly “Papa” wants to walk with us in the cool of the day.

With this in mind, I will continue where I left off last time.

So let’s shine the light on a popularly held view of the atonement. I wrote about this here so, in the interest of brevity, I will refer you to that post rather than repeat everything I said there.

For a quick review, most (Western) Christians have embraced what is referred to as a Penal Substitution view of the atonement. You can go to the link to get the actual definition of this view but here’s how it often gets interpreted in our imaginations…

Conclusion: Jesus changed God and saved us FROM Him

I agree with the first point, by the way.

But is this really the good news?  Jesus saved you from God? Or as John Crowder put it…

“God really hated you, but since He savagely massacred His own Child, He’s decided to love you as long as you pray this prayer…
“Obviously, in order to forgive someone, God needed to kill someone first, right? Isn’t that what forgiveness is all about?”  (“Cosmos Reborn”)

What would you normally call any person who behaved like this? Would you say they are good? Hardly!

And which kind of God does this sound more like? The One Jesus is said to have perfectly represented? (Heb.1:3), or the ancient pagan gods who had to be appeased by killing children, sacrificing virgins…to satisfy some perverted bloodlust or else?

Is  Jonathan Edward’s lurid description in “Sinners in the Hands of an Angry God” correct? God hates us so much that He dangles us like a spider over a fire until we submit?

Do we have a god more like Molech then? He demands His child to be sacrificed so that He won’t smite us down in a minute?

The really sad thing is, you’ve been so abused by this popularized theory that you will probably agree with that view of God.

Is that who God is to you?

Before you dismiss what I’m saying because I’m putting the knife to an evangelical “sacred cow,” or possibly out of fear of listening to “false teachers in the last days,” did you know that this “God’s wrath needs satisfaction” view began with a man named Anselm in the 11th century?

In fact, nobody believed this penal substitution view before the 11th century. And the Eastern Orthodox Church has never believed it.

This Medieval view of God was later adapted by people like Calvin during the Reformation because, during this time, we were obsessed with a Roman Jurisprudence view of everything.

Not that this legal rule of law view is bad, in and of itself. It works great in civil matters but it’s devastating when applied to relationships.

For instance, would love in a marriage increase by adhering to this Roman Jurisprudence view? I rest my case, your honor. 🙂

On the other hand, the early Church held what is known as the Christus Victor view of the Atonement. It loosely goes something like this…

– Man sinned and alienated himself from God, going into bondage to Satan
– Because of the Prodigal Father’s unconditional love, God came in human flesh
– Jesus took all our bondage and fallenness upon Himself, even defeating death itself
– Jesus’ death and resurrection brought us back into union with the Triune Godhead

“The work of Christ is first and foremost a victory over the powers which hold mankind in bondage: sin, death, and the devil.“ Gustaf Aulén

So, which view sounds more like a God who is Love to you?

The Penal Substitution view, while not completely wrong, makes the Triune Godhead schizophrenic. More like Dr. Jekyll and Mr Hyde, we have a loving, forgiving and intimate Jesus, but an angry, distant and exacting Father who needs to kill someone in order to forgive them. This is a god of our imaginations, not one who loves us like He loves Himself (John 15:9: 17:23)

We need to get the atonement out of the courtroom and into the Living Room…where there is mutual love and devotion in the intimate, life-giving relationship between a loving Father and His beloved family.

Jesus didn’t save us from God. God came in flesh to save us from ourselves–our enmity and alienation toward God–to free us from Satan’s bondage.

By the way, atonement literally means “at-one-ment.” It’s about union, not satisfaction.

Beloved, both the Father and the Son are pretty happy about the fact that they’ve done just that–reconciled us back to God, not the other way around. (See 2 Cor.5:19) Now, like the Prodigal’s father, they’re just waiting for you to come home (John 17:24-26).

More on this next time.

God's favorite (and so are you), a son and a father, happily married to the same beautiful woman for 41 years. We have three incredible adult children. My passion is pursuing the Father's heart in Christ and giving it away to others. My favorite pastime is being iconoclastic and trailblazing the depths of God's grace. I'm also senior pastor of Cornerstone Church in Wisconsin.
View all posts by Mel Wild →
This entry was posted in Father Heart of God, Love, Theology and tagged atonement, Christianity, Christus Victor, Evangelical Myth-busters, Jesus, Penal Substitution. Bookmark the permalink.