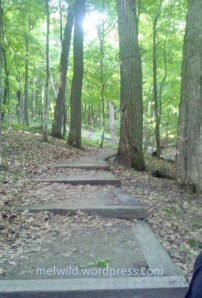 There are some deeply entrenched beliefs, or assumptions, that people hold about about God that actually keeps them from Him or make them doubt His intentions and even demean His character. In this regard, I would like to share a few thoughts on the biblical idea of predestination, and perhaps dispel some popular myths about this important subject.

But to do so, I will ask you to re-think what you think you know about it and see and hear with new eyes and ears. Otherwise, you’ll likely revert to what you’ve been taught, or have assumed, and reject what I’m saying altogether.  But that’s your choice. So I’ll leave it up to you.

So what is predestination?

The Greek word is προορίζω (proorizō). It shows up in the New Testament here (Rom.8:29-30; Eph.1:5, 11).  It simply means “to limit or mark out beforehand; to design definitely beforehand, to ordain beforehand.”

Predestination is not fatalism. But some Christians talk and act like it is.

Your life is not a part you must play on some stage, a script already written out for you. You are the one writing the script.

And God doesn’t arbitrarily chose one and reject another beforehand.

A careful study of Scripture will reveal that He chooses everyone who chooses Him…without exception.

Why must we choose?

Because God is love.

And pure love can only exist where there is pure freedom. Love cannot be coerced or decided for you. You much choose love. And this is why you much choose God’s love demonstrated in Jesus Christ to enter into fellowship with Him.

Because Jesus’ death, burial and resurrection was God’s ultimate act of love.

And this God who is love, by His own sovereignty and free will, freely chose to give you free will to choose. Of course, He provides abundant amounts of grace to help you make good choices but, in the end, you must choose to receive His love and grace.

Because God is a Father who has a Son, which means that God is, before anything else, primarily about relationship. This also tells us that He’s a family God.

And the Bible also tells us that God wants a BIG family, and He wants YOU in it!

To make this a reality, this Father predestined His eternal Son, Jesus, to freely live among us and be the first among many God-inhabited sons in His big family. And by His freewill choice, He chose to suffer for us and remove everything that could separate us from Him (bold-text added for emphasis).

“For whom He foreknew,
He also predestined
to be conformed to the image of His Son,
that He might be the firstborn
among many brethren.” Rom.8:29 NKJV

And, likewise, the Father predestined you to become His son (“son” is not a gender term but relational one) and live amongst the people of this world like Jesus did (See also Heb.2:10).

““just as He chose us in Him
before the foundation of the world,
that we should be holy and without blame
before Him in love,
having predestined us to adoption as sons
by Jesus Christ to Himself,
according to the good pleasure of His will”  Eph.1:4-5 NKJV

As far as it’s up to God, He has already made His will known and has done all that is needed for it to be done on the earth. The rest is up to us.

Jesus died so that every single human being could be His and know the love and fellowship that has existed between the Father and the Son from before the foundation of the world. (John 17:24; 2 Pet.3:9; 1 John 2:2).

Right now, that’s over seven billion people that He wills to be His own.  But we must all decide of our own free will whether we will respond to His overture of love or not.

So predestination is not based on circumstances; it’s based on the choices we make.

We all ultimately decide how we will respond to life’s challenges–what kind of attitude, perspective, or even what we think about what we’re thinking about.

On God’s side of the equation, He predetermined where we would all be placed on this earth so that we might find Him, not be separated from Him (Acts 17:26-27).

Therefore, even though God predetermined that you would be His son, and He exists outside of our space-time continuum, knowing the end from the beginning, your decisions are not predetermined by Him.

This means that your life will greatly be determined by your own freewill choices, which will either be according to His predetermined will or contrary to it.

But God’s will and our will are not the only wills involved. There are also malevolent spiritual forces of evil who wish to thwart what’s best for us. For the Bible informs us that we live in the midst of a great cosmic battle between God and evil–both in this realm and the heavenly realm.

But the truth is, we will empower, or disempower, whatever we choose to rule our lives–God or otherwise.

God predetermined to do everything needed for you to be His forever–He sent His Son to behave for you, live His life in you, and fill you with all the fullness that fills Himself.

And God gave you free will to choose to be chosen.

In other words, if you decide to say yes to Him, He says, I have chosen you!

God's favorite (and so are you), a son and a father, happily married to the same beautiful woman for 41 years. We have three incredible adult children. My passion is pursuing the Father's heart in Christ and giving it away to others. My favorite pastime is being iconoclastic and trailblazing the depths of God's grace. I'm also senior pastor of Cornerstone Church in Wisconsin.
View all posts by Mel Wild →
This entry was posted in Father Heart of God, Sonship, Theology and tagged Christianity, free will, freedom of choice, God's sovereignty, Jesus, Love of God, Predestination. Bookmark the permalink.

19 Responses to Thoughts on predestination