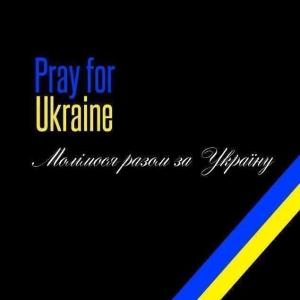 This update came from a missionary friend today about the current situation in Ukraine and serves as an update to my first post (“Please pray for Ukraine“).

Please pray for Ukraine right now and throughout the week, whenever possible. The situation has gotten critical and deadly.

The Government LIED and Protesters DIED…and the death toll is climbing!

The government promised to change the Constitution if the protesters left buildng they occupied in downtown Kiev. They left yesterday, the Parliament met and changed nothing. A peaceful protest marched towards the Parliament again…the police started shooting, using tear gas, flash granades, and beating the protesters. Four were killed eariler (one clearly shot in head) and while I was typing this email two more were killed.

The police are warning that they will use LIVE bullets within the HOUR unless all protesters leave. This is a Stalin-Soviet-style crack down, meant to destory the people, the peaceful protests, and keep the current dictator in power. (I sent this at 9:30am and since that time, 9 have been killed and over 150 injured.)

They are attacking the main square, burned the tent that was a church, and running into people with Army vehicles. They have shut down media, the airport, Metro, and blocked roads into Kiev.

Your Prayers make a difference…

“The prayer of a righteous person is powerful and effective. Elijah was a human being, even as we are. He prayed earnestly that it would not rain, and it did not rain on the land for three and a half years. Again he prayed, and the heavens gave rain, and the earth produced its crops.” (James 5:16-18)

UPDATE Thursday, Feb.20th: At least 39 deaths confirmed today, probably more. By far the deadliest day so far. Please keep praying for an end to the bloodshed on both sides and a peaceful resolution that brings true freedom to the people of Ukraine.

God's favorite (and so are you), a son and a father, happily married to the same beautiful woman for 40 years. We have three incredible adult children. My passion is pursuing the Father's heart in Christ and giving it away to others. My favorite pastime is being iconoclastic and trailblazing the depths of God's grace. I'm also senior pastor of Cornerstone Church in Wisconsin.
View all posts by Mel Wild →
This entry was posted in Uncategorized and tagged Prayer alert, Ukraine. Bookmark the permalink.