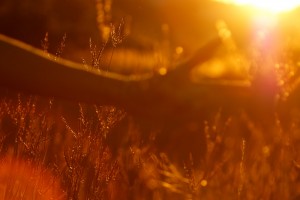 Why is so much made about glory and so little understood about it? I agree with John Piper (“What is God’s Glory?). We should know what we’re talking about when we use such a term. But I don’t think he goes far enough. At least, to get us to Jesus’ main point in His last discourse in John (13:31-17:26).

I really like this part of John Piper’s definition of glory…”I believe the glory of God is the going public of his infinite worth.”

Jesus begins and ends this discourse in the gospel of John by talking about glory. He begins by using the word five times in two sentences (13:31-32), explaining how His life glorified the Father, therefore, His Father was glorifying Him. Jesus made God’s “infinite worth” public knowledge. That’s why the crowds followed Jesus (and not the Pharisees). What they got from Jesus was that the Father’s intent for man was to be whole, healed, delivered, to live in real freedom and to experience the beauty and perfect love of God and full-out joy just by being with Him.  Jesus inspired one to want to get closer to this amazing Father, thus, He glorified God.

And then Jesus ends this same discourse (17:22-24) by stating that the same glory that He received from the Father, He gave us. Why would He do this? I believe so that, like with Jesus, the world we live in would see this Father rightly and want Him too. In other words, everyone would see how much our heavenly Father loves them and wants them to enjoy His infinite goodness…and they would get this point through us.

God went public through His only begotten Son, Jesus. And the whole point of Jesus’ discourse in John was to show us how the Father intended to go public through us, His adopted sons and daughters. And the means of doing this would be to make His home in us (Jn.14:12-23). If we miss this point, I think we miss the whole thing.  As Jesus says later…”As the Father sent Me, I also send you.” (Jn.20:21)

The truth is, you were made for glory. Adam lost it; Jesus regained it for us. Our heavenly Father values you so much that He gave what was most precious to Him–Jesus (Jn.3:16). How much value does Jesus have to the Father? How much value do you have then? Can we say it…”infinite worth.”

This is why we never glorify God with our “I’m just a worthless worm” theology. It’s well-meaning but misguided. It’s false humility based on ignorance of our identity. God didn’t pay Jesus for a worthless worm. You are the “Pearl of great price” that the “merchant” (God) paid everything for (Mt.13:45-46). Can you see that you were made for glory?

When Jesus said in John 14:7, “If you had known Me, you would’ve know My Father…”, He was making a statement for the purpose of setting the example. He was basically saying, I have shown you the way you will live from now on. For He continues on to say, “…and from now on you will know Him and have seen Him.” You see, He was showing us the way to the Father (Jn.14:6), so that our lives would reflect the same glory that His life reflected.

As Paul was trying to teach us, we are to shine out this glory in ever-increasing strength as we behold Him (2 Cor.3:18). For our life will manifest what we have beheld. In this case, Who we have beheld.

It’s true, God’s glory will cover the whole earth (Hab.2:14). His “good, acceptable and perfect will” (Rom.12:2) is going public. As Paul tried to tell us, this mystery was finally revealed in Christ. After all, you contain the hope of this glory in you (Col.1:27). And His plan has always been to reveal it through you.

God's favorite (and so are you), a son and a father, happily married to the same beautiful woman for 41 years. We have three incredible adult children. My passion is pursuing the Father's heart in Christ and giving it away to others. My favorite pastime is being iconoclastic and trailblazing the depths of God's grace. I'm also senior pastor of Cornerstone Church in Wisconsin.
View all posts by Mel Wild →
This entry was posted in Heaven on earth, John 14-17, Theology and tagged Christ, Glory (religion), God, Holy Spirit, Hope of glory, In Christ, Jesus, John Piper, sonship. Bookmark the permalink.